‘The most wonderful story…we all loved it’  – BBC Radio Oxford

‘the eccentric charm… keeps you tearing through the pages’  – O, The Oprah Magazine

Summer 1918. The First World War is drawing to a close when Leon Le Gall, a French teenager from Cherbourg who has dropped out of school and left home, falls in love with Louise Janvier. Both are severely wounded by German artillery fire, are separated, and believe each other to be dead. Briefly reunited two decades later, the two lovers are torn apart again by Louise’s refusal to destroy Leon’s marriage and by the German invasion of France. In occupied Paris during the Second World War, where Leon struggles against the abhorrent tasks imposed upon him by the SS, and the wilds of Africa, where Louise confronts the hardships of her primitive environment, they battle the vicissitudes of history and the passage of time for the survival of their love.

ALEX CAPUS is a French-Swiss novelist who writes in German. He is one of German’s bestselling novelists. Capus lives in Oltern, in northern Switzerland, with his wife and five sons. Aside from his own writing, Capus has also translated in German three novels by John Fante and the American cult novel A Confederacy of Dunces by John Kennedy Toole.

Also by this author, Sailing by Starlight, Life is Good, A Price to Pay, Skidoo.

JOHN BROWNJOHN is an experienced and versatile literary translator with almost 200 books to his credit. These range from popular bestsellers like The Night of the Generals and The Boat (Das Boot) to the political memoirs of Willy Brandt and scholarly studies such as Martin-Gregor-Dellin’s definitive biography of Richard Wagner. His work has won him critical acclaim and numerous awards on both sides of the Atlantic, including the Schlegel-Tieck Prize (three times), the US PEN, and the Helen and Kurt Wolff Prize for Marcel Beyer’s The Karnau Tapes and Thomas Brussig’s Heroes Like Us. 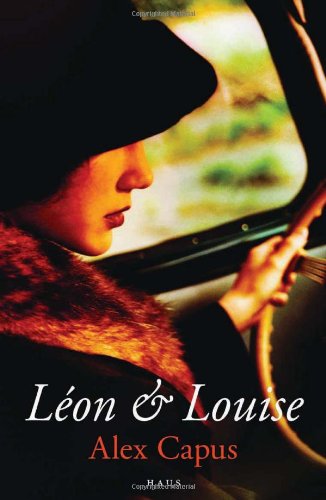