‘Sabine Gruber is one of the most significant talents in this generation of Austrian writers, following on from Elfriede Jelinek and Marlene Streeruwitz.’ – Frankfurter Allgemeine Zeitung

It is 2009: writer Clara Burger arrives in Rome to sort out the affairs and clear the flat of her school friend Ines, prematurely dead from cancer. Sorting through Ines’s belongings, Clara finds a manuscript containing not only an autobiographical account of Ines’s strange experiences while working as a chambermaid in Rome in the summer of 1978, but also the life story of her former employer, the hotelier Emma Manente. Originally from Italy’s German-speaking enclave South Tyrol (like Clara and Ines), Emma first comes to Rome in the late 1930s and becomes an eyewitness to the capital’s turbulent past and present: Mussolini’s fascist regime, the Nazi occupation and an uneasy postwar democracy threatened by corruption and extremism. In a sweeping tale of remembrance and reconciliation, of lives unfulfilled and loves unrequited, Roman Elegy interweaves the personal stories of three resilient women with a fascinating historical narrative of the Eternal City, in all its contrasting squalor and beauty, compassion and savagery. 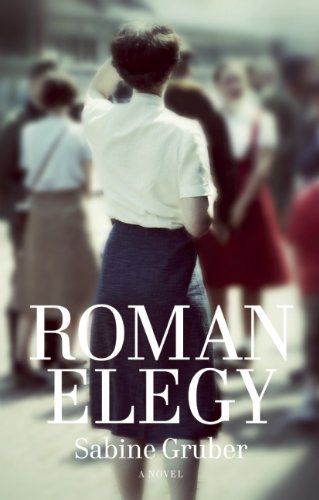