‘… the ambition of the EU to become a super-state, with its own army backing its own strategic objectives, is a challenge to Nato, not an attempt to strengthen the U.S.-led Western Alliance[…] This point is made with great authority’ – Dominic Lawson, Daily Mail

‘Rather like the UK, Lord Owen’s pocket-sized book punches above its weight’ – Khodorkovsky.com

‘At last, a grown-up book about the issue of the moment.’ – Compulsive Reader

The EU’s attempts at conflict resolution have left much to be desired. In the Ukraine, the Baltic States, Turkey and much of the Middle East, there is a lack of coherent policy. This book argues that the renegotiations around the UK’s referendum vote represent an opportunity to enact wide-scale reform, not least to ensure that the nations of an increasingly politically integrated Eurozone do not come to dominate the Foreign and Security policy of the EU in years to come. To allow them to do so would almost certainly see the policy of ‘common defence’ advance at the expense of the United States’ lasting commitment to NATO. Former Foreign Secretary David Owen argues that should Britain’s reform negotiations with the EU fail there will be serious implications for our security, and that foreign policy and security belong at the heart of the reforms the EU so desperately needs.

DAVID OWEN trained as a medical doctor and practised as a neurologist before being elected a Labour MP in his home city of Plymouth. He served as Foreign Secretary under James Callaghan from 1977 until 1979, and later co-founded and went on to lead the Social Democratic Party (SDP). Between 1992-95 Lord Owen served as EU peace negotiator in the former Yugoslavia, and he now sits as an Independent Social Democrat in the House of Lords. He is the author of many books, including In Sickness and In Power, The Hubris Syndrome.

Other Haus books by David Owen, The Hidden Perspective and Cabinet’s Finest Hour. 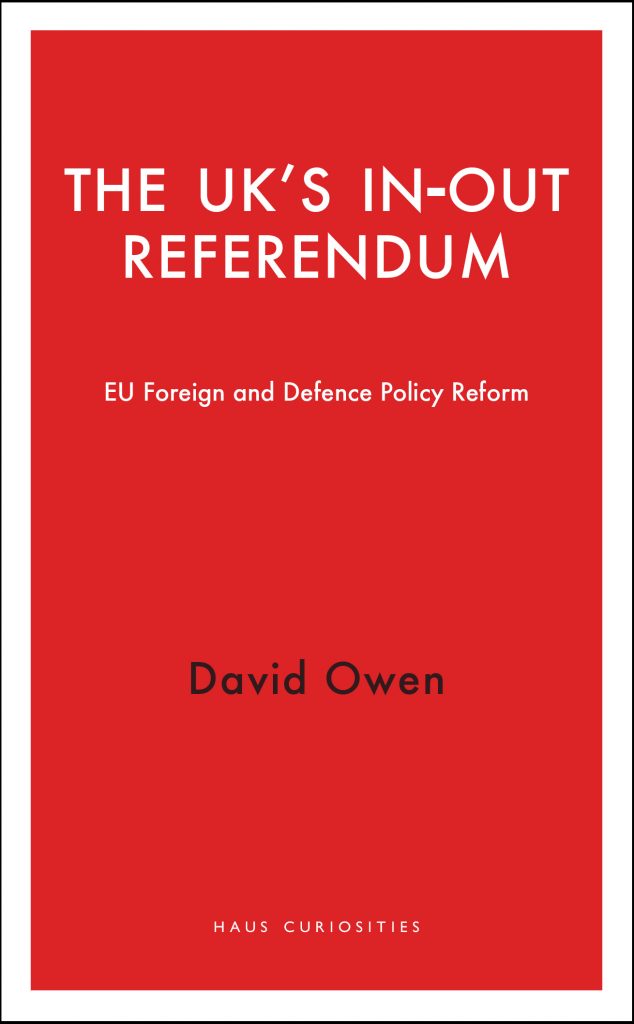