‘Measured by the excitement it generated, this production of Love’s Labor’s Lost was a great success. The overflow crowds on the opening night gave way to ever-larger crowds clamoring to get in, along with worldwide press coverage.’ —New York Review of Books

‘An illuminating and deeply moving book’ — Stephen Greenblatt, author of Will in the World: How Shakespeare Became Shakespeare

‘This is a great story of creativity and passion, of courage and openheartedness.’ —Michael Wood, author of In Search of Shakespeare

SHORTLISTED FOR THE SHERIDAN MORLEY PRIZE FOR THEATRE BIOGRAPHY 2015

In 2005, everything seemed possible in Afghanistan. The Taliban were gone. A new government had been elected. A cultural renaissance was energizing the country.

An actress visiting from Paris casually proposed to some Afghan actors in Kabul: Why not put on a play? The challenges were huge. It had been thirty years since men and women had appeared on stage together in Afghanistan. Was the country ready for it? Few Afghan actors had ever done theater. Did they even know how? They had performed only in films and television dramas. Still, a company of actors gathered – among them a housewife, a policewoman, and a street kid turned film star. With no certainty of its outcome, they set out on a journey that would have life-changing consequences for all of them, and along the way lead to A Night in the Emperor’s Garden.

QAIS AKBAR OMAR is the author of A Fort of Nine Towers, which has been published in more than twenty languages. He has written for the New York Times and The Atlantic. Qais holds an MFA in Creative Writing from Boston University and was a 2014-15 Scholars at Risk Fellow at Harvard University. STEPHEN LANDRIGAN is a former journalist who has reported for The Washington Post and BBC Radio, among others. His play Pan Beaters won first prize in London Weekend Television’s Play on Stage Awards in 1989. His dramatization of V. S. Naipaul’s Miguel Street has been staged in London, Edinburgh and Dublin. 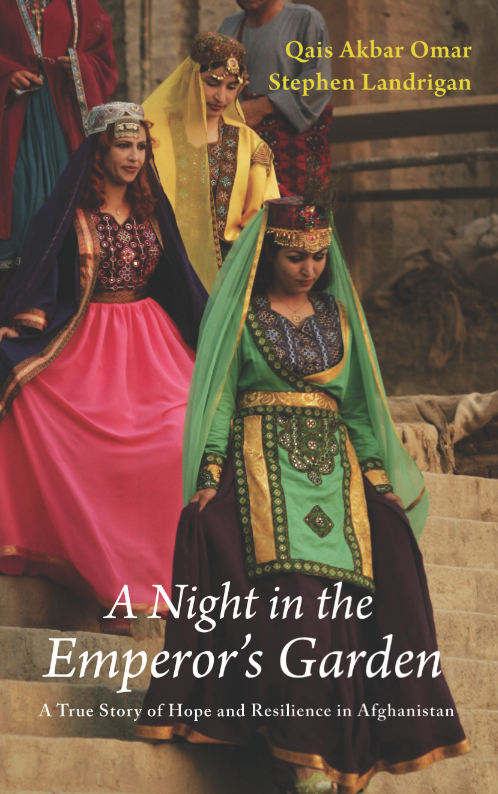