From the Antrim Coast to the Isle Of Wight

‘It’s a fascinating tour guide, rich in stories and detail, which informs as well as entertains – a kind of life through places.’–New Statesman

‘Peter Clark brings a well-honed literary facility to the task of creating this highly readable book.’– Finest Hour, the journal of the International Churchill Society

‘…the Churchill enthusiast would do well to have Churchill’s Britain in hand as they visit Churchill sites across London and elsewhere in the UK and Ireland.’– A Blog on Winston Churchill

‘…an ingenious new way to write about Winston Churchill, through the great man’s incredibly powerful sense of place. Whether as a travel-guide for a Churchill enthusiast or for the general reader, this book will bring instruction and joy.’– Andrew Roberts

‘Congratulations to Peter Clark on finding such an innovative take on Churchill. This book is a delightful read on so many levels. I challenge any reader not to learn and understand more about Churchill.’
– Anthony Seldon

‘a highly detailed account of the places associated with Churchill and the events which took place in them, some of great moment, some intimate, and always illuminating, plus helpful maps to navigate us around.’–Nigel Knight, author of Churchill: The Greatest Briton Unmasked

‘For those who wish to travel in the footsteps of one of the 20th century’s greatest politicians and war leaders, there is no better guide than Peter Clark to the places in Britain lived in and associated with Sir Winston Churchill.’– David Stafford, author Oblivion or Glory: 1921 and the Making of Winston Churchill

‘Ambitious in scope and full of intriguing insights, this is a highly original addition to the wealth of Churchill literature.’– Leo McKinstry, author of Attlee and Churchill: Allies in War, Adversaries in Peace

More books have been written about Winston Churchill than any modern historical figure, but Peter Clark’s Churchill’s Britain does something quite different. It takes the reader the length and breadth of Britain and Ireland to lesser-known places associated with Churchill’s life. Some are familiar – Blenheim Palace, Chartwell, the Cabinet War Rooms – but we also see his schools, far-flung parliamentary constituencies in Dundee and Epping, the sites of famous speeches, the place he started to paint, the shop he bought his cigars, and the final resting places of his family and close friends. We read about these places in his own words alongside Clark’s insightful analysis and, by visiting sites that made important but less-celebrated contributions to the story of Churchill’s life, we come closer to a full picture. Clark takes us from the site of his father’s marriage proposal to his American future wife on the Isle of Wight to his grave in a country churchyard in Oxfordshire.

Each of the eight regions of the United Kingdom is introduced with a map, and the entries cross-referenced. It can be dipped into, consulted by the traveller, or read straight through. However used, Churchill’s Britain provides fascinating and fresh insights into this extraordinary man.

PETER CLARK is a writer and translator with degrees from Keele and Leicester universities. For 31 years he was in the overseas career service of the British Council. He has written books on Istanbul, on various British writers and has translated nine books from Arabic.

Also by this author, Dickens’s London, and Dickens: London into Kent. 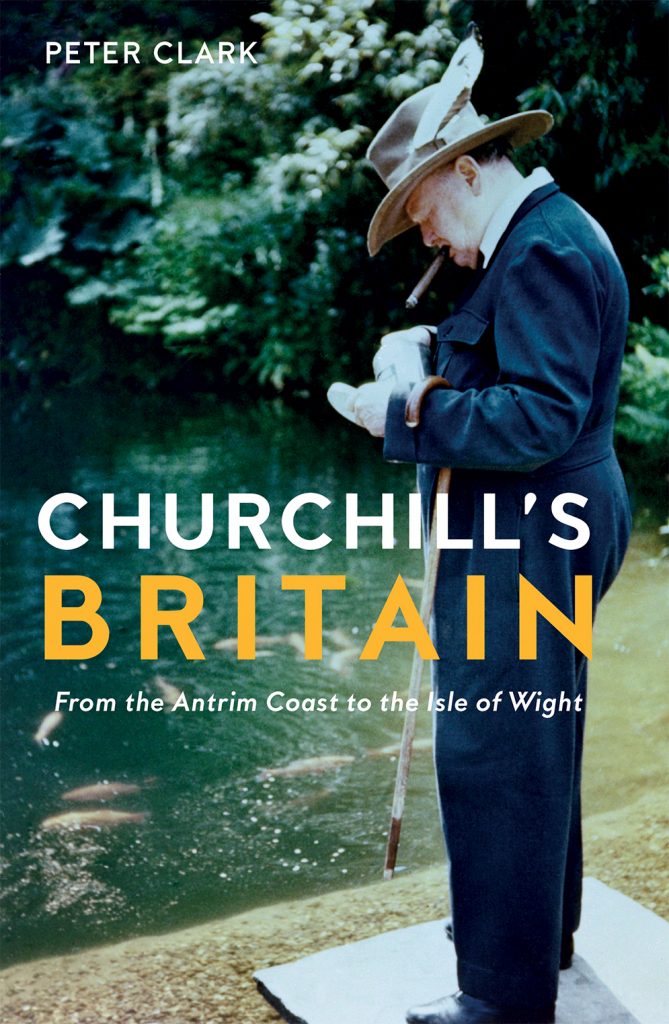