‘A collection full of joy’ – The Times

Good Old Drawing celebrates and champions this most basic and yet fundamental art forms. Too often neglected and disparaged in favour of flashier alternatives, the power of drawing is revealed in G.O.D., with all its ability to enchant, bewitch, provoke and entertain.

John Holder was born in Suffolk in 1941. He studied at Cambridge School of Art and has worked as an art director, designer, artist and illustrator for books, newspapers, magazines, packaging and advertising in the UK, Europe and the USA. He has exhibited in Cambridge, London, Dubrovnik, Philadelphia and Brittany. An Honorary Doctor of Arts from Anglia Ruskin University, he is also a teacher, veteran cyclist and co-founder of the band which introduced bluegrass music to England in the 1950s. 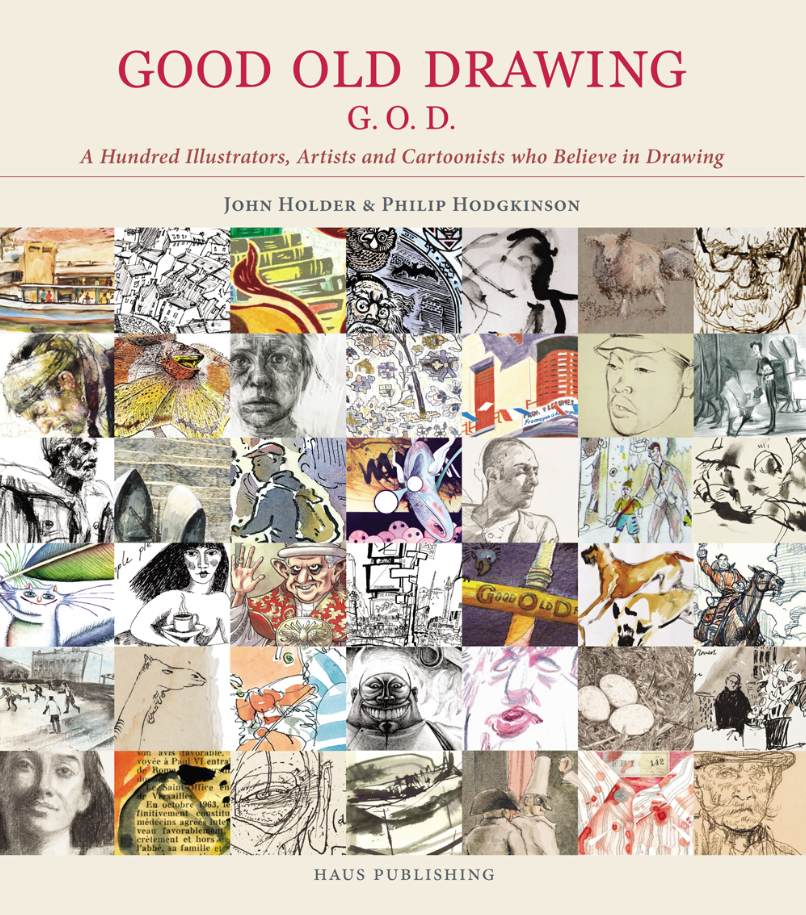