‘This is a superb, magnificent and totally gripping biography’
– Simon Sebag Montefiore, author of The Romanovs

‘Today, after centuries of oppression, a billion Africans are finally winning back the substance of their freedom but it is proving a long, vexed and sometimes violent fight. Asfa-Wossen Asserate’s masterful, insider’s account of Haile Selassie, the African emperor who led Ethiopia’s struggle against colonial fascism only to deny liberty to his people, stands as inspiration and warning to an entire continent.’
– Alex Perry, author of The Rift: A New Africa Breaks Free

‘This magnificent biography by the German-Ethiopian historian Asfa-Wossen Asserate […] is diligently researched and fair-minded; [Haile Selassie] is at last accorded a proper dignity. The book is manifestly a riposte to Ryszard Kapuscinski’s The Emperor: Downfall of an Autocrat‘ – Guardian

‘Mystery was the fabric of life in Haile Selassie’s Ethiopia, and this book does as good a job as is likely to be done of depicting it. Solving it is another matter.’ – Centre for Policy Studies

‘This moving and commanding work of literature, a perspective from inside the subject’s world and yet with full recognition of the world which surrounded it, is a litany of lessons, and a signal reminder of the human components of leadership.’ – Defense & Foreign Affairs Strategic Policy

‘This is a thorough and in-depth view of the last emperor of Ethiopia, told from the unique vantage point of his great-nephew.’ – Foreword Reviews

‘The impressive, dazzling and complex personality of Haile Selassie, King of Kings and Conquering Lion, is conveyed in this biographical portrait’ – New African

‘What a story! More melodrama than the Tudors, more reversals of fortune than the Plantagenets, and all centred on one … dignified, long-lived, black-bearded figure – instantly recognisable the whole world over – the last Negusa Negest, the last King of Kings, Africa’s greatest statesman … A beautifully crafted insider’s account.’ — Anthony Mockler, author of Haile Selassie’s War

‘… this biography is a useful study of a significant statesman.’ — The Chartist Magazine

‘Asfa-Wossen’s biography is not just a portrait of Hailselassie, but the story of the 20th century-its upheavals, promises, and terrors. This makes for a very good read and provides much substance for debate.’ — Ethiopia Observer

He was the scion of a dynasty that was reputed to descend from King Solomon, a pioneer of African unity and independence, a staunch confederate of the Allies in their fight against the fascist Axis powers and the messiah of the Jamaican Rastafarian movement. He was a reformer and an autocrat, whose rule was brought to a brutal and ignominious end when he was toppled and murdered by communist rebels. The impressive, dazzling and complex personality of Haile Selassie, King of Kings, is brilliantly conveyed in this biographical portrait by Asfa-Wossen Asserate, his great-nephew.

The author spent his childhood and early youth in Ethiopia, though he never held political office in his native country, where his father was the last president of the Imperial Crown Council. The background of the author, who knew Haile Selassie in person, afforded him intimate insights into life at the Ethiopian court and the increasingly controversial policies pursued by the emperor. Asfa-Wossen Asserate’s own experiences, augmented by intensive research in both family and public archives, combine to produce a uniquely detailed portrayal of the last King of Kings of Ethiopia and the turbulent and tragic history of the country over which he reigned supreme for much of the 20th century.

ASFA-WOSSEN ASSERATE was born in 1948 in Addis Ababa as a member of the Imperial House of Ethiopia. He read history and law at Cambridge and at the University of Tübingen, and received his PhD at the University of Frankfurt. He now lives in Frankfurt where he works as a consultant on African and Middle-Eastern Affairs, and as a political analyst. He is a bestselling author in Germany and has been awarded the Adelbert von Chamisso Prize and the Jacob Grimm Prize, two of the country’s most prestigious literary prizes.

Also by this author, African Exodus. 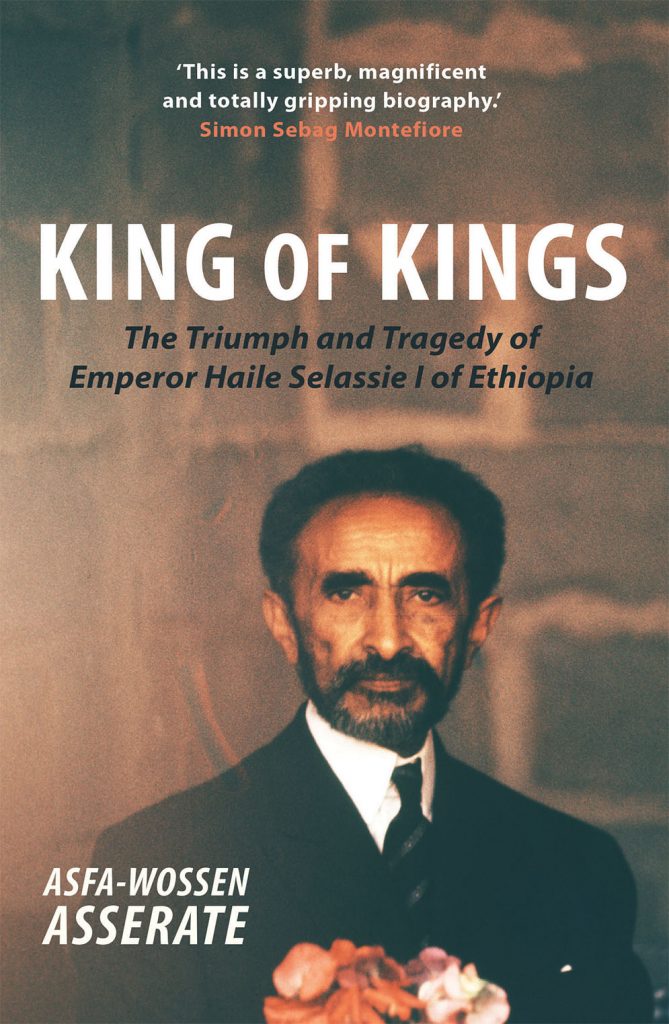