REFLECTIONS
Conversations with Politicians
VOLUME I

‘Hennessy is the zoologist who went to live in the safari park – he’s the pre-eminent historian of postwar government who got himself a seat in the House of Lords, enabling him to study his subjects close up – and as a result these interviews are unusually informed and revealing.’ —The Guardian

‘Peter Hennessy, the political historian and former Times journalist, once said that the main attraction of becoming a peer was so that he could have lunch with his ‘exhibits’. His latest book, Reflections, collects conversations with those exhibits.’ —The Times

‘The historian’, wrote E.L. Doctorow, ‘will tell you what happened. The novelist will tell you what it felt like.’ Reflections: Conversations with Politicians sees Peter Hennessy and Robert Shepherd combine both with the art of the interviewee, a craft at once sensitive and intrusive. Reflections collects the best interviews from the BBC Radio 4 series of the same name, each more of an interim biography of the interviewee than an excursion into the combat zone with the occasional burst of now-it-can-be-told revelation. Reflections includes interviews with such political heavyweights as John Major, Clare Short, Nigel Lawson, David Owen, Margaret Beckett, David Steel, Roy Hattersley, Neil Kinnock, Norman Tebbit, Jack Straw and Shirley Williams.

PETER HENNESSY was Attlee Professor of Contemporary British History at Queen Mary, University of London. He spent 20 years in journalism and as a presenter of the BBC Radio 4’s Analysis. He sits as an independent crossbench peer in the House of Lords. ROBERT SHEPHERD is a radio and television producer whose credits include BBC Radio 4’s The Prime Ministers and a fly-on-the wall documentary about the Foreign Office for Channel 4. He has written political biographies and histories, including Westminster: A Biography. R

Also by these authors, Reflections (Volume 2) and The Complete Reflections. 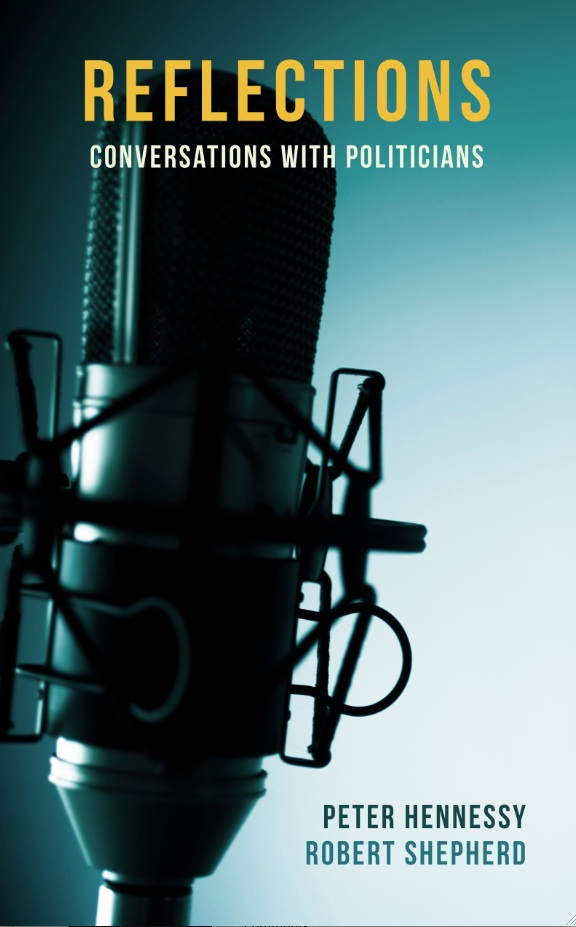