THE COMPLETE REFLECTIONS
Conversations with Politicians

by Peter Hennessy and Robert Shepherd / foreword by Melvyn Bragg

In the BBC radio programme ‘Reflections’, Peter Hennessy – the preeminent historian of British political life – interviewed leading figures from the UK’s governing parties during the late twentieth and early twenty-first centuries. Bringing together the collected interviews for the first time, The Complete Reflections includes the biggest names from the Thatcher era, the New Labour years, and the coalition government of the 2010s, providing both an overview of the last three decades of British politics and interim biographies of these public figures during times of great change.

Even the most celebrated and successful politicians – and included here are candid interviews with former Prime Ministers Tony Blair and John Major – have led careers not only of triumph but also, inevitably, of disappointment and regret. Allowing his subjects space to ruminate on the significant, meaningful and controversial chapters in their careers, Hennessy gives us portraits of great authority, compelling us to believe that, when the dust settles, it will be the interview, rather than the biography, that endures above all other chronicles. In short, these interviews are nothing less than the first draft of history.

PETER HENNESSY won the Duff Cooper Prize for his book Never Again: Britain 1945–51, is the bestselling author of The Prime Minister and, most recently, Winds of Change: Britain in the Early Sixties. He was made an independent crossbench life peer in 2010. ROBERT SHEPHERD’s documentary about the Foreign Office for Channel 4’s Dispatches won Europe’s Prix Stendhal.

Also by these authors, Reflections Volume 1 and Volume 2. 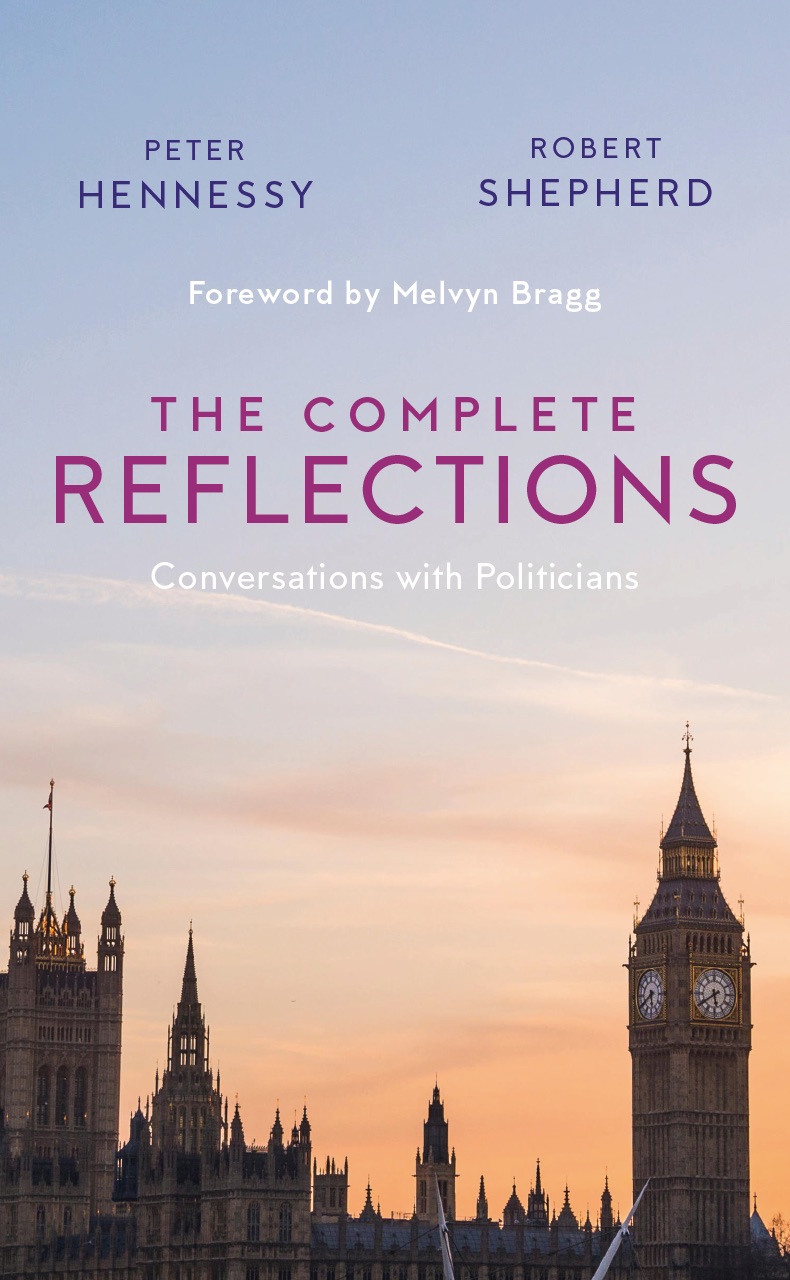