THE DIVISION OF THE WORLD
On Archives, Empires and the Vanity of Borders

Published here for the first time, Ursula Schulz-Dornburg’s historically unique photographs show the Archivo General de Indias in Seville before its redevelopment. Established in 1785, it is the archive of roughly 300 years of Spanish colonial history in the Americas. It houses 8,000 charts and around 90 million documents—among them Christopher Columbus’ logbook and the famous Treaty of Tordesillas which, mediated by the Pope and signed in 1494, entitled the Spanish and Portuguese kings to divide the world between them.

With this treaty as a starting point, the historian Martin Zimmermann takes the reader on a journey into the age of discovery and recounts stories of dangerous passages, encounters with the unknown, colonial brutality, the power of cartographers — and of the insatiable lust of colonialists to conquer, exploit, and own the world.

URSULA SCHULZ-DORNBURG is one of Germany’s most renowned photographers. In her works, she explores places at the edge of Western perception and man-made border areas. Her photographs have been exhibited at the British Museum and Tate Modern.

MARTIN ZIMMERMANN is Professor of Ancient History at the LMU in Munich. His most recent publications include studies on the darker and lesser-known sides of antiquity. 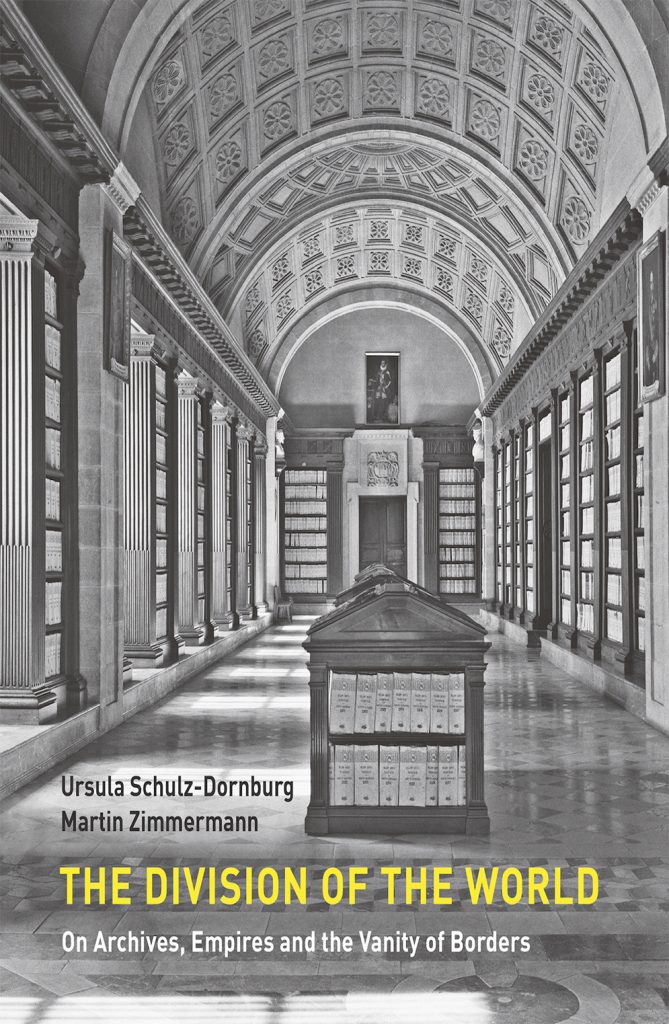