THE HIDDEN PERSPECTIVE: THE MILITARY CONVERSATIONS 1906-1914
by David Owen

‘The history of the First World War has been exhaustively studied in relation to events of the fateful structure of the alliances. The area in between, the impact of the tactical management of diplomacy on the inevitability of war, has received inadequate attention. David Owen has filled that gap. [It] should be essential reading for contemporary statesmen’ – Henry Kissinger

‘Is there anything new to say about the catastrophe of World War One? Yes, and David Owen does it’
– Sir Harold Evans, author of The American Century

‘Countless new books and articles are analysing the origins of the War and the military convulsions that followed. David Owen makes a powerful contribution in his new book’ – Diplomat Magazine

Within weeks of taking office in December 1905, Foreign Minister Edward Grey agreed to enter detailed talks with his French counterparts about sending a British Expeditionary Force to France in the event of a German attack. Neither the Cabinet nor Parliament was told. Indeed, Grey only informed Asquith in 1911, three years after he became Prime Minister, but which time the ‘hidden perspective’ of the Foreign Office, whose attitude was described by German Ambassador Metternich as ‘more French than French’, was firmly established, and Britain all but obliged to stand by their side in the event of a war. Following a Cabinet revolt after the details of the Military Conversations were revealed, Haldane, the Secretary for War, attempted to slow Germany’s rapid naval expansion on a mission to Berlin, advocating a land deal in Africa as an incentive. These talks failed, with Britain backing off from the words ‘benevolent neutrality’. But another mission to Germany was underway as late as July 1914. In this scholarly and eloquent work, which builds on extensive primary sources, Lord Owen argues that the outbreak of war in 1914 was far from inevitable, and instead represented eight years of failed diplomacy. Britain was the only country with the political and military strength to force Germany and France to negotiate, and instead was stuck in the mud of the Continent. The need for transparent government is particularly relevant today as Sir John Chilcot prepares to publish his Iraq Inquiry.

David Owen served as Foreign Secretary under James Callaghan from 1977 until 1979, and as an EU peace negotiator in former Yugoslavia from 1992-1995. He is now an Independent Social Democrat in the House of Lords. His other publications include In Sickness and In Power – Illness in Heads of Government during the last 100 years, The Hubris Syndrome, Balkan Odyssey, and the powerful autobiography, Time to Declare. 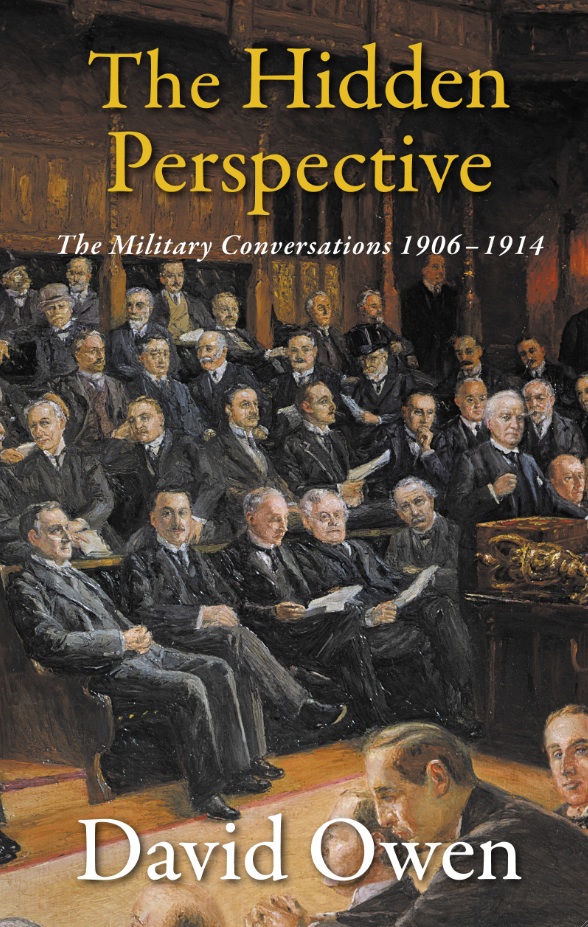