WHY THIS WORLD
A Biography of Clarice Lispector

“A biography worthy of its great subject. . . . One of the twentieth century’s most mysterious writers is finally revealed in all her  vibrant colours.”—Orhan Pamuk

“ Clarice Lispector is one of the hidden geniuses of twentieth-century literature. . . .Utterly original and brilliant, haunting and disturbing. . . Benjamin Moser’s biography is a great book about a Jewish heroine, filled with sympathy for what must remain hidden and what must be understood.” —Colm Tóibín

“ Everything about Clarice Lispector was unlikely: her great beauty, her early fame, her unique voice, her status as an icon to Brazilians. . . . In Benjamin Moser, she has found a gifted young biographer, social historian, and prose stylist who is able to take her elusive measure. This book is enthralling.”
—Judith Thurman

“ Clarice Lispector is one of the summits of Latin American literature. . . . Whether or not you know this delicate and powerful woman, this splendid biography deserves to be read. After finishing it, you will be in love with her.” —Guillermo Arriaga

“ Glamorous, cultured, moody, Lispector is an emblematic twentieth-century artist who belongs in the same pantheon as Kafka and Joyce. Benjamin Moser has recreated all the psychological and cultural context needed to understand this great writer, and brought to life her essentially tragic nature in all its complexity.”  —Edmund White

Born in 1920, in the nightmarish landscape of post-World War I Ukraine, her family driven to a distant country by the fearsome pogroms that killed her mother and ruined her father, Clarice Lispector triumphed over her origins to become, virtually from adolescence, a person whose beauty, genius, and eccentricity intrigued all of Brazil’s writers and artists. Why This World tells how this precocious girl, through long exile abroad and difficult personal struggles, matured into a great writer and demonstrates, for the first time, the deep roots in the Jewish mystical tradition that make her the true heir to Kafka. Against a sweeping historical panorama, from the Ukraine to Brazil, from Naples and Berne and Washington to Rio de Janeiro, Why This World is an essential introduction to the work of one of the 20th century’s most important writers, indispensable for students of Jewish, Latin American, and women’s literature.

BENJAMIN MOSER is a finalist for the National Book Critics’ Circle Award and his work bringing Clarice Lispector to international prominence was recognised with Brazil’s State Prize for Cultural Diplomacy. He has published translations from several languages, received a Guggenheim Fellowship, and worked as a books columnist for Harper’s magazine and The New York Times Book Review. His latest book, Sontag: Her Life and Work, won a Pulitzer Prize in biography. He lives in the Netherlands and France. 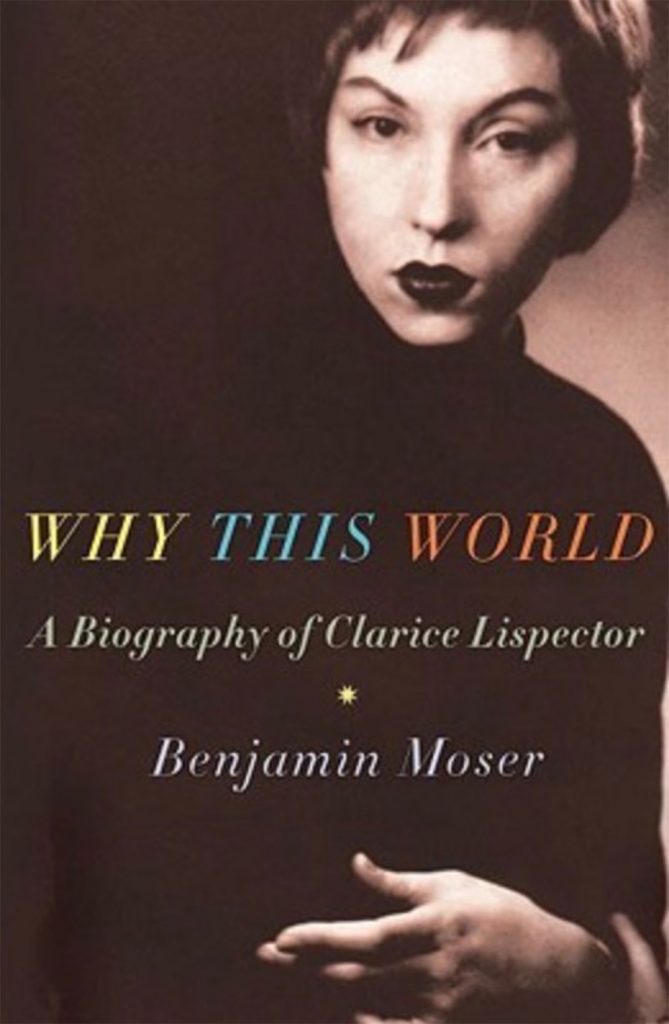