FAREWELL TO SALONICA
City at the Crossroads

‘It is nostalgic, beautifully written and illuminating for its evocation of how an apparently stable, multicultural provincial Ottoman city collapsed into the tangle of Balkan rivalries that still beset the region.’  – The Sunday Times

‘A fresh and charming book that throws a kindly light on a sector of human life unknown to most Americans.’ – The New York Times

In this warm and moving memoir, Leon Sciaky describes his childhood before the First World War in a prosperous, loving Jewish family in the cosmopolitan city of Salonica (now Thessaloniki in Greece). Under the Ottoman Empire, the city’s diverse communities – Jews, Muslim Turks, Orthodox Greeks and Bulgarians – met, traded and lived alongside each other in a day-to-day atmosphere of mutual respect and tolerance. Salonica was also a point of contact between East and West, and Sciaky describes the impact of Western ‘machine civilisation’ on the older, more human ways of the Orient. However, this tolerant society was under the constant threat from nationalist feeling among the peoples of the Empire, and Sciaky describes living through one of the earliest terrorist attacks of the 20th century, when in 1903 Macedonian nationalists launched a series of bomb attacks, demolishing the Ottoman Bank in a forerunner of 9/11. The revolt of the ‘Young Turks’ was planned in Salonica, and the book describes how the hopes of liberation it brought were tragically dashed as it lapsed into Turkish nationalism. This book is a fascinating insight into a lost society, in which an older tradition of mutual respect and tolerance was finally overcome by the pressures of modern nationalism and war, the after-effects of which are felt in the region to this day, told by one who lived through it all.

LEON SCIAKY was born in Salonica in 1893, and emigrated to the United States in 1915. After studying engineering, he ran a pioneering children’s camp. He and his family moved to Mexico in 1953, where he died in 1958. 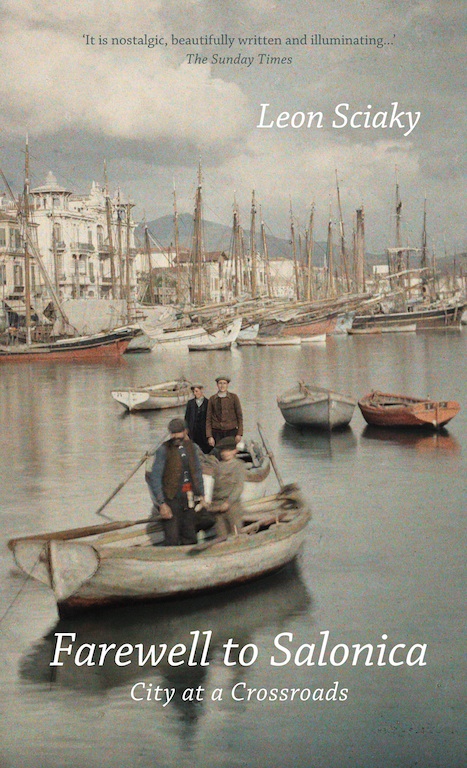