MOROCCO
In the Labyrinth Of Dreams and Bazaars

‘Weiss darts from café to kasbah with refreshingly frank observations of a culture prone to dazzling visitors with its exoticism.’ — Times Literary Supplement

‘Weiss stumbles across an array of characters from acrobats and pilgrims to beatniks and Rabbis— the result is a gripping book with no filler whatsoever.’ — Glasgow Herald Travel

Morocco has been influenced by an incredible variety of peoples. Phoenicians, Romans, Arabs, Berbers, Muslims, Jews, and most of Europe’s colonisers have played a part. Modern Moroccan society is no less rich and varied. In Berber villages in the mountains most people can’t read and consider their king to be divinely chosen, while businessmen in Casablanca’s towering offices dream of European Union membership and a tunnel to Andalusia.

In this book, Walter M Weiss travels the breadth and depth of these social and geographical contrasts. He visits the settings of modern legends, such as Tangier and Casablanca, as well as the two medieval centres Fès and Meknès, and sees earthen kasbahs and Marrakech’s bazaar. On the way, he meets acrobats, Sufi musicians, pilgrims, craftsmen, beatniks, rabbis and Berber farmers, among many others.

WALTER M WEISS has been the editor of several publications and traveled extensively, especially in the Arab world. He has been a freelance author since 1993. His publications in English include The Bazaar: Markets and Merchants of the Islamic World and Islam. An illustrated historical overview. His German titles include books on Syria, Morocco, Egypt, Iran, Iraq, Jordan and Oman. 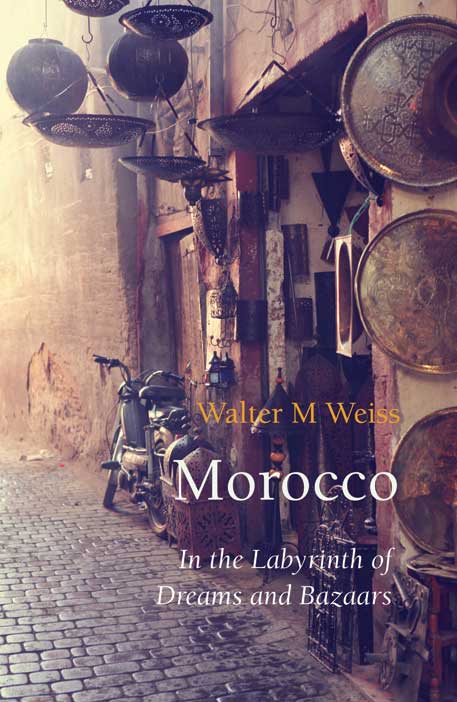