‘His scholarship is great, his theme both interesting and largely unexplored and his judgment sound’
—The Economist on The Monks of War

Old Puglia is the story of the heel of Italy – Puglia – as told by past and present day travellers. It has beautiful landscapes, cave towns and frescoed grotto churches, wonderful old cities with Romanesque cathedrals, Gothic castles and a wealth of Baroque architecture. And yet, while far from inaccessible, until quite recently it was seldom visited by tourists. This portrait of Apulia concentrates on the Apulian people down the ages. Conquerors, whether Messapians, Greeks, Romans, Arabs, Lombards, Byzantines, Normans, Angevins, Germans or Spaniards, have all left their mark on the region in a cultural palimpsest that at first sight bewilders, but which hugely repays investigation. Arranged in short chapters, the narrative travels from north to south, making it an ideal companion for exploring Apulia by car. The Gazetteer, which is cross-referenced to the main text, highlights cities, churches, cathedrals, castles and sites of historical importance to the visitor.

DESMOND SEWARD was born in Paris and educated in Ampleforth and St Catherine’s College, Cambridge. He is the author of many books including The Monks at War: The Religious Orders, The Hundred Years War, The Wars of the Roses, Eleanor of Acquitaine and Henry V as Warlord. 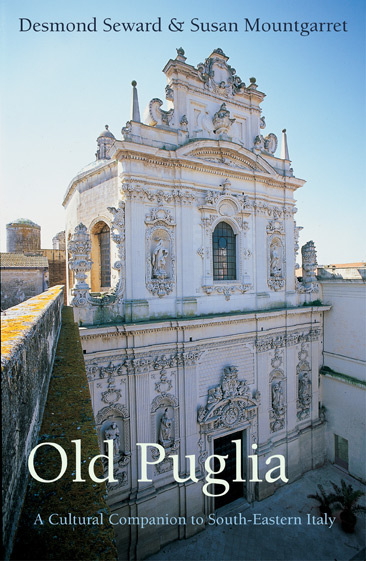