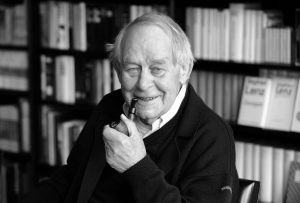 Siegfried Lenz formed part of the influential Gruppe 47 with Günter Grass, and is mentioned in the same league as Grass, Heinrich Böll and W G Sebald. He served in the German navy before becoming a journalist and writer. His fiction, plays and reportage have turned him into one of Germany’s leading voices of conscience, dramatising issues of authority, memory and resistance in ambitious realistic novels, including The German Lesson (1968) and later fables such as The Lighthouse. He went to Poland with Willy Brandt on his historic trip in 1970, and also kept up an important correspondence with the greatest Jewish poet of the Holocaust, Paul Celan.