‘Azzam delicately convinces the reader that Salma “is a sad bird in a wicked hunter’s cage,” painting an unremittingly bleak picture of her existence in a harrowing reminder that the world can be full of misery, especially when neither your life nor your fate is yours to decide.’ — Arab News

‘Dark, challenging and inventive, Ascension to Death is one of Syria’s most beloved novels of the 20th century.’ – Asian Review of Books

Ascension to Death is a heartbreaking love story set against the backdrop of a conservative Druze region of southern Syria. It recounts the story of an orphan girl named Salma who falls in love with a boy from her village but is forced into an arranged marriage. Salma’s fate is controlled by her tyrannical guardian uncle, a powerful community leader with connections to the government, who is only too pleased to unload the burden of his brother’s daughter onto the first man to propose. A romantic tragedy, the novel follows Salma’s attempt to escape with her lover, her family’s collusion with the authorities against her and her anguishing ordeal of imprisonment, torture and abandonment. Dark, challenging and inventive, Ascension to Death is one of Syria’s most beloved novels of the 20th century. Originally published in 1987, and adapted into an acclaimed film in 1995, it is the first work of Mamdouh Azzam to be published in English.

MAMDOUH AZZAM is a Syrian novelist. His most celebrated and controversial novel is The Palace of Rain, a powerful and daring treatment of taboos in the conservative Druze religion and community.

MAX WEISS is an American scholar and translator, specialising in the culture and history of the Middle East. 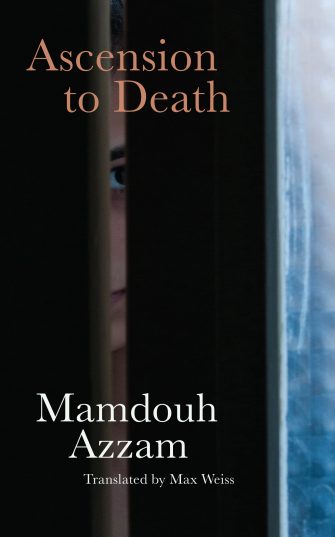