The composer and bandleader Duke Ellington (1899-1974) was a largely self-taught pianist who was influenced by jazz and ragtime performers. While working as a sign painter he began to play professionally and in 1918 started his own band in his native Washington DC. In 1923 he moved to New York City and, playing piano at the Kentucky Club, began gathering the musicians who formed the core of his famous orchestra and made his first recordings. With no formal training in composition, he nonetheless employed daring and innovative musical devices in his works. Blending lush melodies with unorthodox and often dissonant harmonies and rhythmic structures based on what was then called ‘jungle’ effects, he wrote and arranged songs tailored to his own band and soloists. Radio broadcasts during an engagement at New York City’s fashionable Cotton Club from 1927 to 1932 brought him and his group national recognition, and his recordings – particularly Saddest Tale, Echoes of Harlem, Black and Tan Fantasy,and Mood Indigo spread their fame to Europe.

A jazz fan since his schooldays, DAVID BRADBURY was able to talk to many musicians while he was based in New York as a British correspondent reporting on America. Now a freelance writer, he lives with his wife in North London. His book Now That’s Funny! Writers on Writing Comedy, co-authored with Joe McGrath, was described as ‘intelligent and enthusiastic’ (Peter Bradshaw, Evening Standard) and ‘a good laugh’ (Arthur Smith, The Guardian). 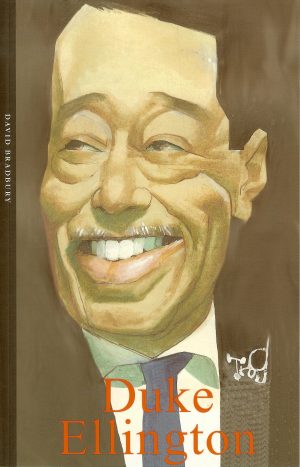