FROM MIDNIGHT TO GLORIOUS MORNING?
India Since Independence

Mihir Bose was born in January 1947. Eight months later — and 70 years ago in August— India became a modern, free nation. The country he knew growing up in the 1960s has undergone tremendous and radical change. India today exports food and sends space probes to Mars. From Midnight to Glorious Morning? explores how a country that many doubted would survive at birth has been transformed into one capable of rivalling China as the world’s pre-eminent economic superpower. Many challenges still continue to plague India and this thoughtful analysis of the last 70 years asks what is yet to be done for the country to fulfil its destiny. The growth has been exponential and there is much to celebrate, the predictions of doom in August 1947 have proved unfounded, but as this nuanced, personal and trenchant book shows, it is naïve to pretend the hoped-for bright morning has yet dawned.

MIHIR BOSE was the BBC’s first Sports Editor between 2006 and 2009. Before that he was the Chief Sports Correspondent of the Daily Telegraph, for whom he also wrote on race, immigration and India. He has written for the Sunday Times, Financial Times, History Today and writes the weekly Big Sports Interview column for the Evening Standard. 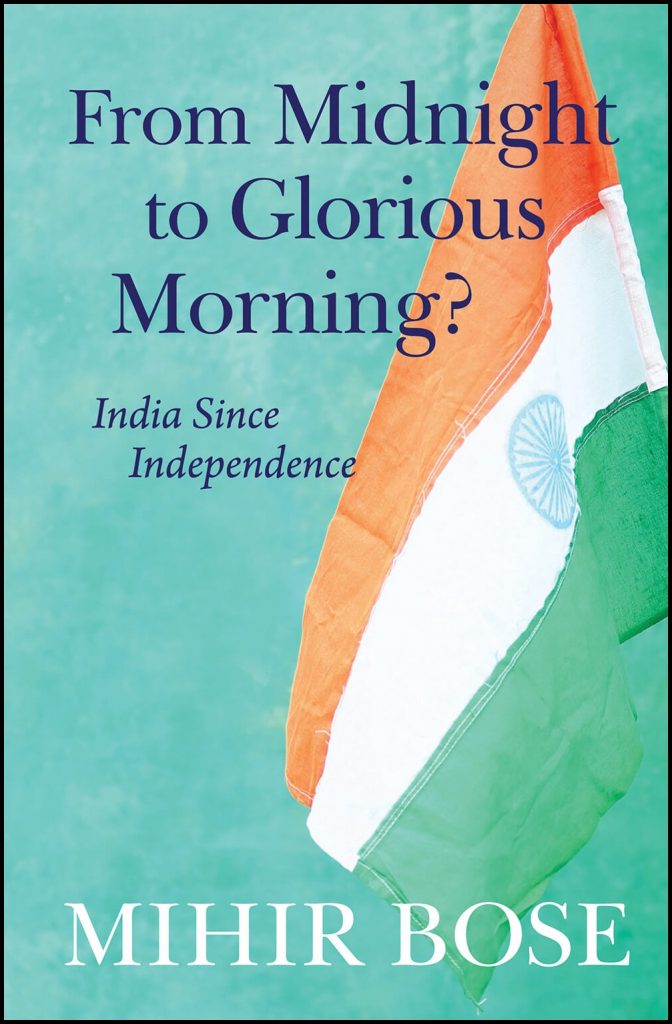