Views of Lenin are currently set in a tone of highly judgemental opinion: he was inflexible, doctrinaire and a cold-blooded revolutionary. A man whose indifference to culture led to political extremes, paving the way for his successor Stalin’s totalitarianism and some of the most heinous and gruesome ideological crimes committed during the 20th century. Enshrined as an icon of Soviet ideology and power, the statues of Lenin that were once a common sight across Eastern Europe and Russia have been toppled and his reputation crumbled into the dust of historical memory. This short Life & Times biography of Lenin sets out to examine his legacy in the light of the complete and total collapse of the ideology he espoused. Sheehan seeks to separate the myth from the fact, and let the real Lenin emerge from behind the opposing shrouds of deification and condemnation, revealing the creator of the 20th century’s most influential yet bloodthirsty beliefs.

SEÁN SHEEHAN is the author of several works of non-fiction, including Anarchism, A Guide to Cultural and Political Aspects of Libertarian Socialism and a biography of Socrates, also published in the Life & Times series. Seán Sheehan lives in Ireland. [/expand] 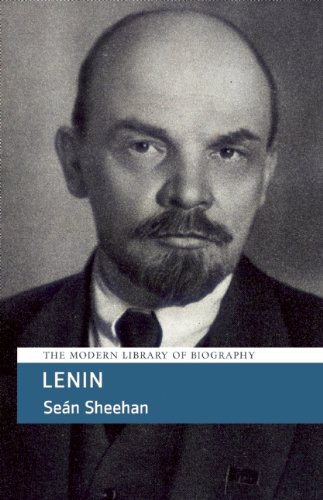