Rosa Luxemburg was one of the great tragic female figures of the 20th century. Her brilliance as an agitational journalist won her a commanding position in the male-dominated German Socialist Democratic Party and the admiration of European socialists. She was murdered in 1919 in the turmoil of an insurrection she had argued against. Was she a historical curiosity: a theorist of political philosophy that failed, a dream that proved to be a nightmare.The biography, above all, tells the story of a vivid and sympathetic character, one who, had she lived, would have played a pivotal role inEuropean history. Luxemburg’s interest lies in her personality and the effect of that personality on her politics, a politics marked by libertarian instincts and a warm humanity. It is this that led to successive revivals of interest in the radical waves of the 1960s and 1970s, among feminists in the 1970s and 1980s, and now among 21st century opponents of global capitalism. This biography places Luxemburg in her historical and political context. Did herMarxism take so clearly a libertarian and humanitarian turn because she was a woman? What part did her Jewish background play in her development? Did her disability encourage a broader human sympathy? How can the paradox of a political mind that worked ceaselessly for violent revolution and a heart that cried to see an animal ill-treated be explained? This book considers all these questions by studying the interlinked nature of Luxemburg’s politics, attitude towards feminism, and her emotional friendships and relationships.

HARRY HARMER is the author of Tom Paine: The Life of a Revolutionary (Haus, 2006). He has also written The Longman Companion to Slavery, Emancipation and Civil Rights, The Longman Companion to the Labour Party 1900-1998, Martin Luther King, The Failure of the Communists and The Failure of Political Extremism in inter-war Britain. He was the co-author of The Black Handbook: The People, History and Politics of Africa and the African Diaspora. Harry Harmer has a PhD in History from the London School of Economics. 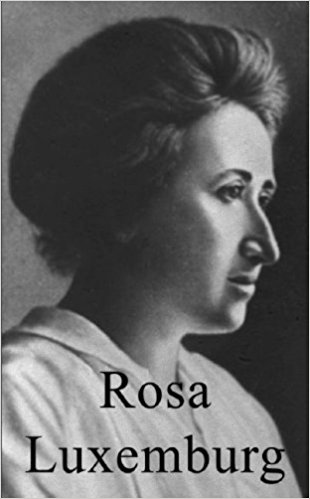