‘For all the suffering, this isn’t a depressing book. On the contrary, it is compulsively readable and even uplifting, because the lesson BineBine imparts is one of love and dry-eyed compassion. Faultlessly translated by Lulu Norman, Tazmamart is a deeply moving testament to the strength of the human spirit’  – Jason Goodwin, The Spectator

‘It is hard to imagine anything more hellish than the experiences BineBine describes. What nonetheless makes his memoir life-affirming is the determination it reflects to remain human under inhuman circumstances’ – Fiona Graham, European Literature Network

‘Tazmamart is far more than a vital document: it is a powerful tribute to human fortitude and imagination – and perfect reading for incarcerated times.’ – Toby Lichtig, The Guardian

‘Tazmamart is the poignant and profound account, immaculately translated from the French, of an arbitrary incarceration…’ – Amanda Hopkinson, The Tablet

‘A beautifully composed memoir that chronicles twenty years of death and degradation in a secret state prison that yet also reads as the spiritual pilgrimage of an ascetic. It is a historical document too, formed from BineBine’s compassionate testimony of the loves and aspirations, childhood memories and adult ambitions of those buried at Tazmamart, be they rebel officers, innocent careerists, young idealists or well-connected courtiers, condemned to a prolonged act of royal vengeance in the aftermath of two failed military coups.’ (Barnaby Rogerson)

‘Aziz BineBine spent 18 years in the now infamous secret prison of Tazmamart in the Moroccan desert, and it took him a further 18 years to write about it. His chronicle about his fellow prisoners, most of whom died, is both terrible and generous; BineBine wanted to pay homage to the dead, rather than the survivors.The unspeakably brutal years are punctuated by his love for literature, his faith, and empathy for his fellow prisoners. His account joins the ranks of timeless prison literature and is a rich testimony of astounding human resilience.’ (Olivia Snaije)

‘The hellhole of Tazmamart–Morocco’s notorious secret prison–has been the crucible for many a searing story. Aziz Binebine’s account is one of the finest: forensic in its detail of the sheer horror of the place, with flashes of pure poetry and deep humanity in his own tale and that of his fellow inmates. Storytelling during his long years in Tazmamart kept Binebine alive; his book will keep readers engrossed–and aghast–from start to finish.’ (Shereen El Feki, author of Sex and the Citadel: Intimate Life in a Changing Arab World)

‘When you read this true story, in which both horror and humanity mingle, you will realise that the truth is sometimes far worse than the most unlikely imaginings. This is a detailed account of Tazmamart, one of the worst political prisons in world history. King Hassan II of Morocco and his collaborators built it to quash the people’s will to resist despotism, but this book proves the opposite. It shows that human resilience is more powerful. As BineBine puts it so well, the only cause of all this suffering and this long struggle for survival was that, one day in 1971, Fate’s finger was pointed at him. This book is both a thriller and a song to the glory of the human that resides in each of us. It’s a cry of despair against the evil of men. But no matter how sombre his words, the writer has no lack of humour or humility.’ (Maati Monib, historian, journalist, and human rights activist in Morocco.

Aziz BineBine is a Moroccan author and former army officer. He completed his secondary education within the French lycée system and then entered the Royal Military Academy. Appointed as an instructor to train cadets at Ahermoumou Military School, he was unwittingly involved in the 1971 coup d’état against King Hassan II. Judged and condemned, BineBine spent 18 years in Tazmamart prison. He now lives in Marrakech. 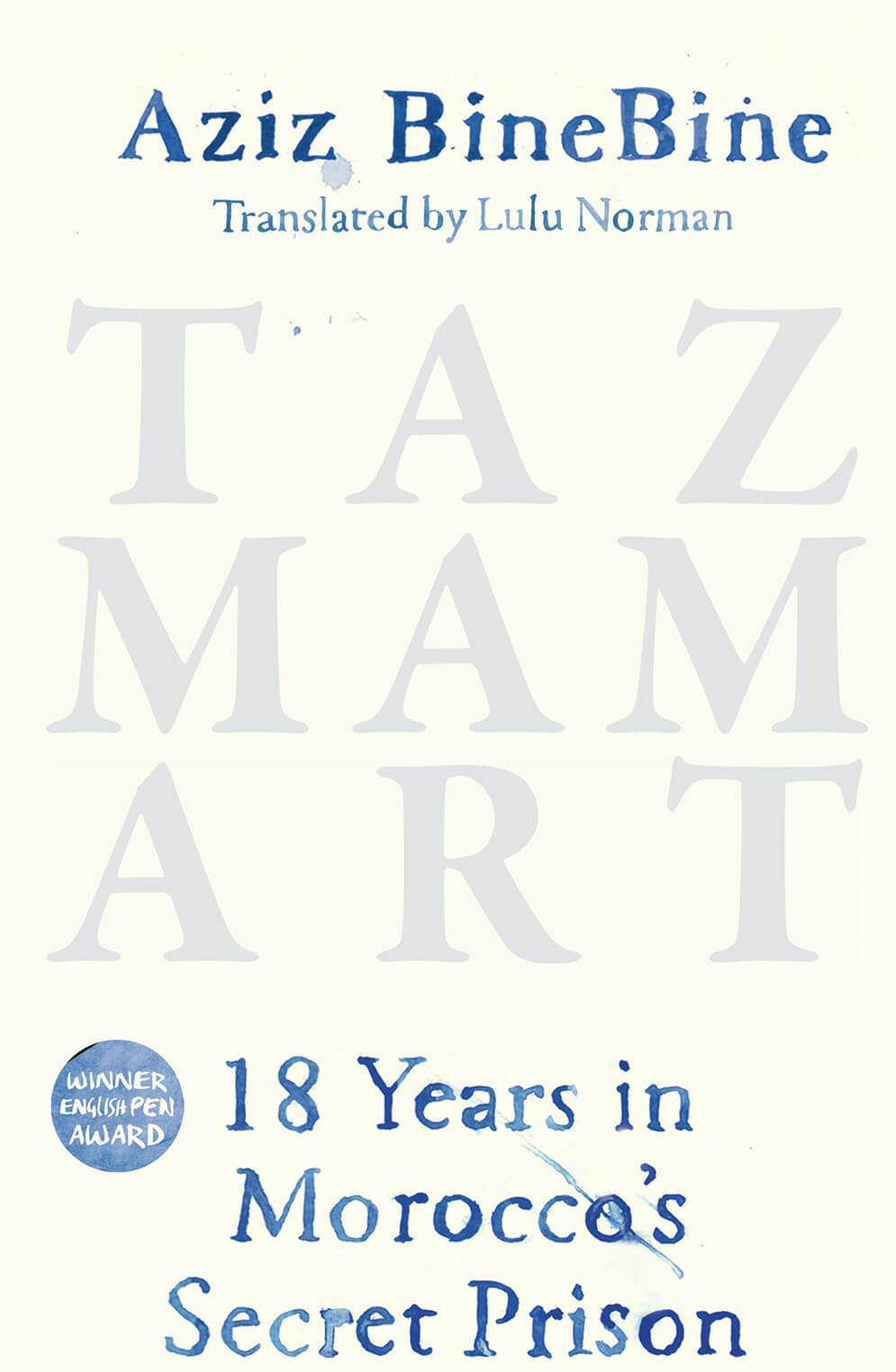