No. 10: THE GEOGRAPHY OF POWER AT DOWNING STREET
by Jack Brown

‘Jack Brown’s writing reflects his background as an academic, with some serious analysis of government and its processes. But the human element is there, too.’ — Daily Mail

‘[Jack Brown] the first ever researcher-in-residence at No. 10 … brings alive the workings of this extraordinary old house in a way others rarely do. On almost every page there are fascinating insights into the prime ministers and officials who have lived and worked there.’ – Civil Service World

‘I learned a great deal I did not know about it from Jack Brown’s informative and highly readable new book on this famous constant of British politics.’ – The Critic Magazine

‘… the book is indispensable to future studies…’ – LSE Review of Books

‘The walls of Number 10 have talked to Jack Brown. He is a natural calibrator of the human flows inside what he calls a “fascinating historical mess of a building”.’ — Peter Hennessy

‘A fascinating biography of one of the great political survivors: Downing Street. A must-read for anyone who has wondered what life is like behind that famous black door, and the impact the rooms and corridors of power have on the people who work there, and the country they run.’   — Matt Chorley, Red Box Editor, The Times

‘This is an outstanding work of historical research, giving us a rich picture of the building at the centre of British power. Jack Brown has used his unrivalled access not just to No 10 itself but to the people who work and have worked in it to give us a brilliant account of how a London townhouse became one of the most famous buildings in the world; how it has been used over the centuries; and how it has influenced the wielding of prime ministerial power.’  — John Rentoul

‘Jack Brown has had the benefits, not available to other academics, of having shared the life and work of Number 10 as a living house. His book catches the smell and feel of it. The book also also presents the history differently, because of the concept of its political geography. It has my total support.’ — Lord Bernard Donoghue

With perhaps the world’s most iconic front door, 10 Downing Street is the home and office of the British Prime Minister and the heart of British politics. This is the story of the intimately entwined relationship between the house and its post-war residents. What does each occupant’s use and modification of the building reveal about their values and how they sought to govern? No. 10 was designed in the late seventeenth century and intended only as a place of residence. Over the years it has undergone constant adaptation to accommodate the changing role and requirements of the premiership. As No. 10’s first-ever Researcher in Residence, Jack Brown had unprecedented access to people and papers. No. 10: The Geography of Power at Downing Street sheds new light on unexplored corners of Prime Ministers’ lives. Equally fascinating and revealing, this is an intimate account of the building at the core of British political power

Jack Brown is London Partnerships Director and Lecturer in London Studies at King’s College London, and Senior Researcher at the Centre for London. 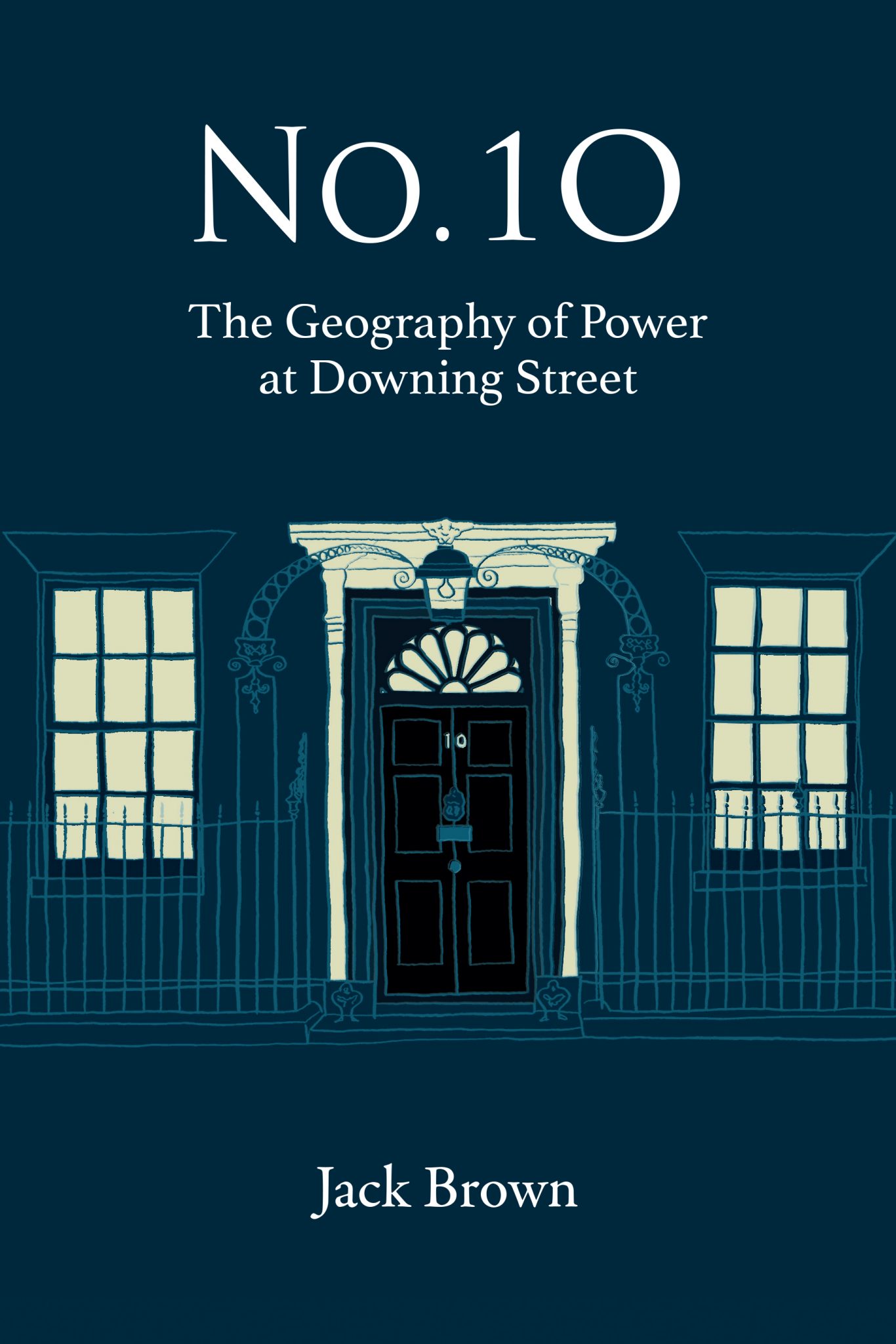