‘His long struggle remains that of the Afghan people, of all who hold freedom dear.’
Emmanuel Macron

‘An extraordinary story’
The Telegraph

‘Sandy Gall’s knowledge of the jihad is encyclopaedic. He was the first well-known journalist to make the dangerous journey into occupied Afghanistan and bring the human cost of this terrible war to our TV screens. To produce such a book at the age of 93 deserves admiration.’
The Spectator

‘This book is essential reading for those who want an insider’s understanding of the Afghan civil war.’
Literary Review

‘A remarkable and emotionally affecting portrait of one of the most successful and brilliant soldiers of the modern world and a magnificent statesman. Sandy Gall is himself a major figure of late-twentieth century journalism, and his book is the best and most insightful I have read on modern Afghanistan.’
John Simpson

‘Afghan Napoleon offers an overdue portrait of one of the most remarkable figures of the 20th century. Napoleon tried to conquer the world; Massoud by contrast fought the world-scale Soviet empire to standstill on behalf of his people from a tiny valley in Afghanistan. In this book we see, not just the daily nuts and bolts of his military genius but catch glimpses of the social graces and the warmth that made this man so beloved among his followers.’
Tamim Ansary, author of The Invention of Yesterday: A 50,000-Year History of Human Culture, Conflict and Connection.

‘The unputdownable story of an authentic Afghan hero by one of the greatest chroniclers of modern Afghanistan’s travails, and occasional triumphs.’
Sherard Cowper-Coles, former British Ambassador to Afghanistan and British Special Representative for Afghanistan and Pakistan

‘I can think of no one better than the legendary foreign correspondent Sandy Gall to tell the compelling story of Ahmad Shah Massoud’s extraordinary life and death … Gall weaves analysis first-hand reporting and primary sources into a brilliant and important book.’
Jeremy Bowen

‘Aham Shah Massoud was one of the greatest military commanders of the 20th century and was instrumental in forcing the Soviets to retreat from Afghanistan in 1989. Yet, he is now barely known in the West. That will surely change as a result of Sandy Gall’s authoritative, beautifully written and deeply reported biography of Massoud.’
Peter Bergen, author of The Rise and Fall of Osama bin Laden

‘This is a remarkable book, both a coruscating memoir by Sandy Gall and a revealing insight into a guerrilla leader ― one whose reputation ranks with icons of revolutionary insurgency and whose thinking is here revealed in his own words.’
Hew Strachen, author of The First World War: A New History

‘… an outstanding contribution, of unparalleled proportions, it reveals many valuable societal aspects about Afghanistan, that are certainly rare gems to historians, authors, and historiographers that are studying the contemporary events of Afghanistan.’
Eurasia Review

‘This volume is a combination of biography, memoir and political analysis of Afghan history and thereby provides a gripping view of what happened and how history could have been changed, so much for the better, had other decisions been made by western governments … This is not a book of ‘what if’ history but a guide to how decisions in international affairs should address situations in more objective analytical detail.’
Royal Society of Asian Affairs Journal

‘… an important story that has not been widely talked about in the West.’
Oxford Middle East Review

When the Soviet Union invaded Afghanistan in 1979, the poorly equipped and organised resistance groups were no competition for the superpower. The exception was Ahmad Shah Massoud. This now-legendary military strategist and resistance leader unified the mujahideen forces in north-eastern Afghanistan and led a series of decisive victories against the Russian army.

The veteran journalist Sandy Gall reported from Afghanistan at length, spending weeks at a time with Massoud during key moments in the conflict. He now draws on his own memories, exclusive excerpts from Massoud’s diaries, and interviews with the commander’s closest allies to provide an intimate portrait of the charismatic guerrilla leader.

Afghan Napoleon casts fascinating new light on Massoud’s personal and military struggles and consolidates his reputation as a national hero.

SANDY GALL is a British journalist, author, and former ITN newscaster. His journalism career started nearly seventy years ago on the Aberdeen Press and Journal, before he joined Reuters and then ITN, covering wars and revolutions. He has written four books about Afghanistan and made three documentaries about the Soviet occupation, two of which were nominated for BAFTA awards. 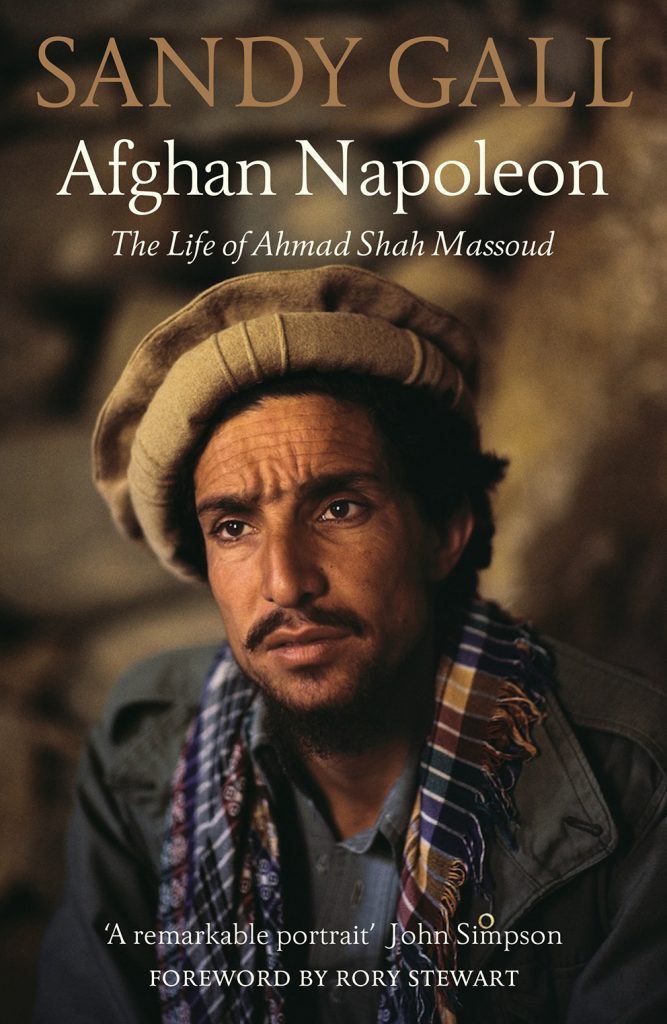