‘Drummed out of Britain, accused of spying, one of the giants of Edwardian Britain is revealed in this book as the victim of a serious miscarriage of justice’
Sunday Times

‘A compelling story has been created out of the circumstances and tragic drama of Speyer’s downfall.’
Times Literary Supplement

‘Beautifully written, Banker, Traitor, Scapegoat, Spy? is unlikely to be surpassed as an account of Speyer’s life.’
Standpoint

Sir Edgar Speyer was a conspicuous figure in the financial, cultural, social and political life of Edwardian London. Head of the syndicate which financed the construction of the deep ‘tube lines’ and ‘King of the Underground’, he was also a connoisseur and active patron of the arts who rescued the ‘Proms’ from collapse, enhanced the nation’s musical and artistic life at his own expense and directed the funding of Captain Scott’s Antarctic expeditions. Speyer and his wife, the concert violinist, Leonora Speyer lived in fabulously magnificent style. Early in the early summer of 1914 they stood at the peak of their success and celebrity in London society. Within weeks, on the outbreak of war, they became pariahs, objects of suspicion and aversion. Despite having been a naturalised British citizen for over 20 years and an ubiquitous public benefactor, Speyer found himself ostracised by society and mercilessly harried by the Northcliffe press. Under the Aliens Act of 1918, Speyer was summoned in 1921 before a judicial enquiry which found him guilty of disloyalty and disaffection and of communicating and trading with the enemy. He was stripped of his citizenship and membership of the Privy Council. Pilloried by The Times as a traitor, Speyer vehemently denied the charges, but he never returned to England thereafter and never forgot his ordeal. 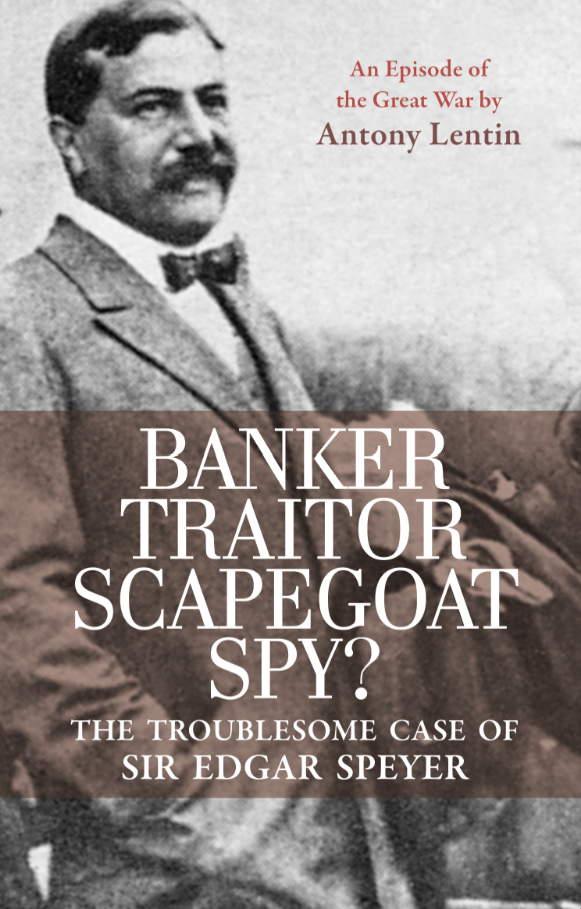