WINNER OF THE FRANZ HESSEL PRIZE FOR LITERATURE

LONGLISTED FOR THE GERMAN BOOK PRIZE 2013

SHORTLISTED FOR THE SWISS BOOK PRIZE 2013

‘Such are Lüscher’s narrative skills and deftness with language (or is it the brilliance of Peter Lewis’s translation from German) that it’s a little hard to believe this slim volume is the author’s first novel. If so, he should be congratulated for writing a most humorous and convincing satire of the ridiculous excesses of those responsible for the financial crisis that began in 2008.’
The New York Times

‘…a macabre spoof of affluent Europeans and the 2008 financial crash. The book, superbly translated from German by Peter Lewis, is framed as the meandering anecdote of a Swiss industrialist called Preising about a business trip to Tunisia.’
Wall Street Journal

‘[This] literary debut is a revolution, condensing a complex topic like the financial crisis into a novella, written in a sparse narrative style and set in the most apt locations: a psychiatric hospital and the desert.’
Der Spiegel

‘This witty, delicately wrought novella exposes the kind of follies and excesses that could easily bring us to the brink of another disaster.’
Sydney Morning Herald

Preising, Swiss industrialist and garrulous fusspot, finds himself in Tunisia, attending the wedding of two City traders from London. At an old Berber oasis transformed into a luxury resort, the bride rides in on a camel to take her vows. The ludicrous excesses of these braying, young, high-flying wealth-creators knows no bounds. But as they carouse the night away, sterling stands on the brink of collapse and Britannia looks set to slip beneath the waves of bankruptcy and chaos.

Next morning, with thumping heads and their credit cards maxed out, and as the first rumblings of the Arab Spring grip their host country, the Bright Young Neo-Thatcherites stage a revolt of their own with unimaginably grotesque and blackly humorous consequences.

JONAS LÜSCHER was born i1976, in Switzerland, and grew up in Bern. In 2013 he received the Berner Literature Award and the Bavarian Art Prize, Barbarian Spring, his first work of fiction, was shortlisted for the German Book Prize in the same year. 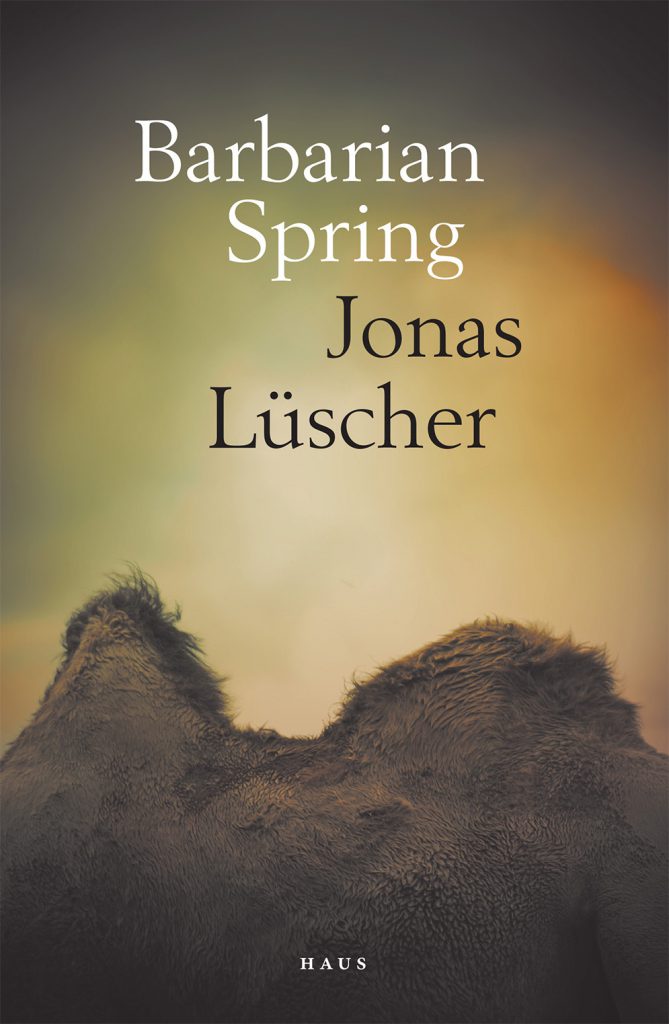