‘George Eumorfopoulos…will long be remembered as one of the greatest collectors of Chinese porcelain… In the heyday of his career he dominated the Oriental art market.’
The Times

‘Eumorfopoulos was pivotal among the enthusiasts and scholars who during the early 20th century changed long-held preconceptions on China.’
Nee Hao Magazine

‘[Eumorfopoulos was] a great London collector of Chinese antiquities of all kinds; with a particular interest in Chinese ceramics’
The British Museum

In May 1936 the steamship Sorrento sailed into the port of Piraeus, Greece. Abroad were sixteen crates with 452 items of Chinese pottery, destined to join another 341 already on display at the Benaki Museum in Athens. Over the past nine years the museum’s founder, Antonis Benakis, had been in contact with their donor, Greek-origin British businessman, George Eumorfopoulos. His Chinese art collection was one of the most extensive the world had ever seen. In bestowing this gift Eumorfopoulos wanted to introduce Greeks to the art of China through its best-known medium at the time, ceramics.

They years after the collapse of the Qing dynasty in 1911 witnessed an ‘opening up’ of China and the first archaeological excavations of its ancient cultures. A circle of enthusiasts and scholars, among which Eumorfopoulos acted as an intermediary between the contemporary art scene and Chinese antiquities, inspiring modern artists and ‘studio potters’.

China Rediscovered: The Benaki Museum Collection of Chinese Ceramics traces the roles ceramics assumed in this cultural interplay within the context of earlier encounters between China and the rest of the world. A selection of 88 items from the Benaki Museum are perceived as ‘actors’ within constantly evolving ‘sets’, as players in a game of knowledge, taste, and power.

GEORGE MANGINIS is an archaeologist. He has taught Byzantine, Islamic, and Chinese Art History at the University of Edinburgh, SOAS, and the New College of the Humanities. In 2013 he was a Stanley J. Seeger Fellow at Princeton University, researching the Benaki Museum collection of Chinese art. He is the author of Mount Sinai: A History of Travellers and Pilgrims. 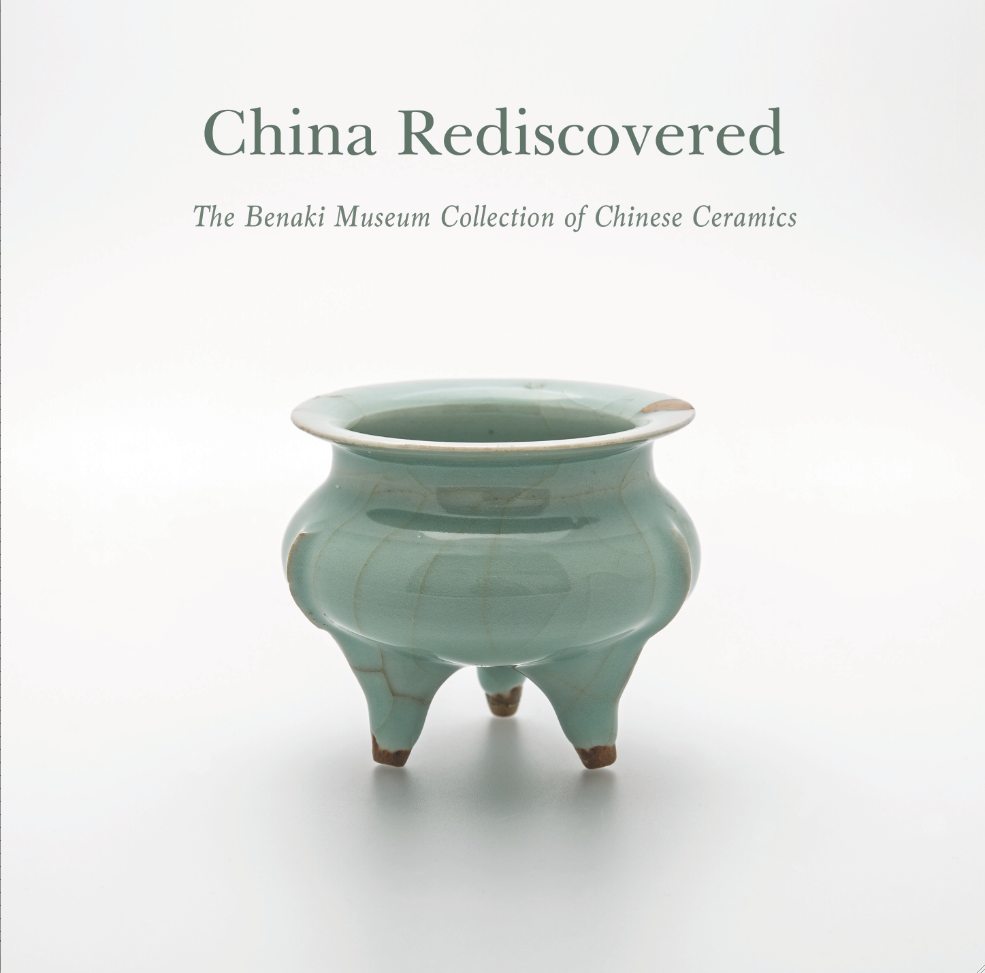