‘engaging and authoritative survey.’
Ruth Henig, author of The Peace that Never Was: A History of the League Of Nations

‘An encyclopaedic and even-handed historical survey of the Middle East… The specialist and the beginner alike will find much that is fresh and enlightening in this volume.’
Miles Taylor, University of York

‘Incisive and insightful’
Kristian Coates Ulrichsen, author of The First World War in the Middle East

‘Fraser offers a brisk and accessible account of the political and diplomatic developments that continue to shape the Middle East and the world.’
Jonathan Conlin, author of Mr Five Per Cent: the Many Lives of Calouste Gulbenkian

Until the First World War, the Ottoman Empire had dominated the Middle East for four centuries. But its collapse, coupled with the subsequent clash of European imperial policies, unleashed a surge in political feeling among the people as they vied for national self-determination. Over the century that followed, the region has become almost synonymous with unrest and conflict. Why?

In an accessible survey of the last century, Contested Lands tells the story of the Middle East: what happened, why, and what it all means today. With a focus on the many conflicts in the region over the last one hundred years, T. G. Fraser analyses the faultlines of the tension: the damaging legacies of imperialism; the creation of the State of Israel; the competition between secular, autocratic rulers and emerging democratic and theocratic forces; and the rise – and fall – of Arab Nationalism in the face of fraying regional alliances and the Islamic revival.

Against this backdrop comes the twenty-first century, marked first by the tragedy of 9/11, then the ‘Arab Spring’, and now Syria’s civil war. And in the midst of it all, complex social and economic change have transformed the region. In Contested Lands, T. G. Fraser untangles the threads of history in the Middle East and, in doing so, weaves a detailed and insightful picture of a troubled region and why its heritage remains important today.

T. G. FRASER is emeritus professor at Ulster University and the author of Chaim Weizmann: The Zionist Dream (2009) and, with Andrew Mango and Robert McNamara, The Makers of the Modern Middle East (2015). 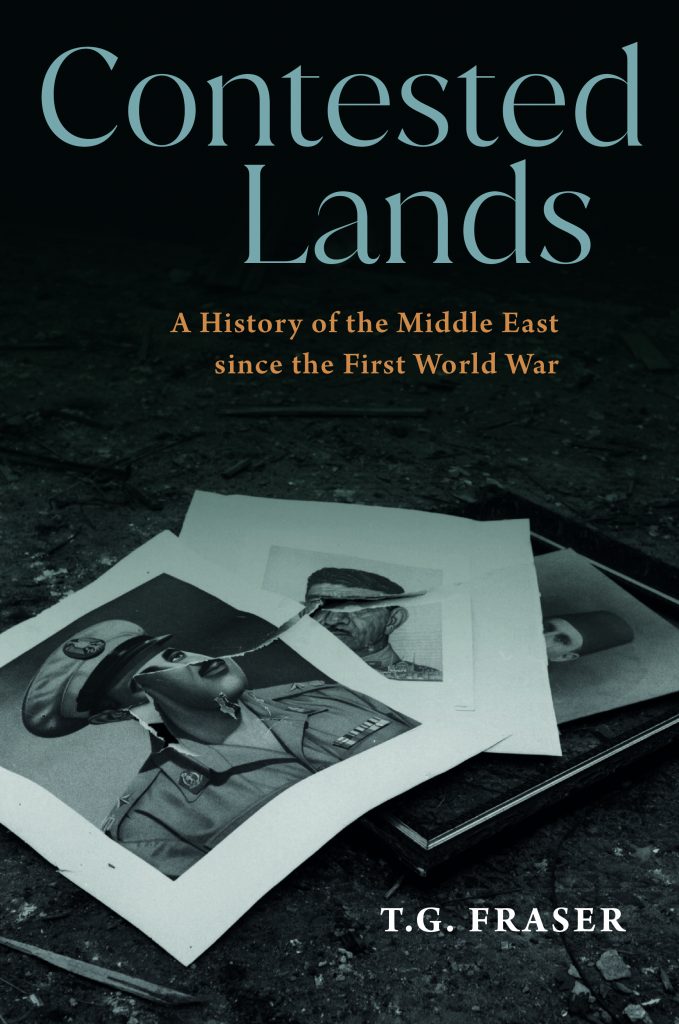