‘John Worthen’s lively and sympathetic portrait brings to life one of the more neglected figures of the English revolution. He sets out for his readers a clear view of Henry Marten’s extraordinary biography in this very engaging and fluent study.’
Michael Braddick, author of God’s Fury, England’s Fire

‘This is a deeply researched and convincing portrait of the later years of one of the most remarkable radical politicians in British history. Moreover, it is written in a manner which makes it equally accessible and entertaining to those with expert knowledge of the period and those with none at all.’
Ronald Hutton, author of The Making of Oliver Cromwell

‘This racy account of how one regicide sidestepped his apparently certain execution, sheds fascinating light on the colour and chaos of the Restoration.’
Hugh Aldersey-Williams author of Dutch Light: Christiaan Huygens and the Making of Science in Europe

‘Henry Marten is a fascinating outlier among the executioners of Charles I. This book tells his personal story with elegance and conviction. He possessed motivations and feelings that we recognise today, and it is a reminder that not all regicides were puritans or soldiers.’
James Hobson author of Charles I’s Executioners

Henry Marten – soldier, member of parliament, organiser of the trial of Charles I and signatory of the king’s death warrant – is today a neglected figure of the seventeenth century. Yet at the fulcrum of English history during the turbulent years of the civil war, the protectorate and the restoration, he led a life both extraordinary and emblematic. Imprisoned in the Tower of London and tried at the Old Bailey, Marten was found guilty of High Treason only to be held captive for years on the equivalent of death row. During his captivity his letters to his mistress Mary Ward were stolen and published in an attempt to destroy his reputation. Witty, clever, loving, sardonic and never despairing, the letters offer a rare and extraordinary insight into the everyday life of a man in the Tower of London awaiting a sentence of death. The attempt to expose him as immoral instead revealed a tender and brave man.

In John Worthen’s revelatory biography, Marten emerges from the shadows as a brilliantly clever, lively minded man, free of the fundamentalist zeal so common in his republican contemporaries. Marten never abandoned his beliefs in equality, in a representative parliament under a constitution (which he had helped to write) without a monarch or a House of Lords and, in that way, he should be seen as a very modern man.

JOHN WORTHEN is a biographer and historian. Professor of D. H. Lawrence Studies at the University of Nottingham from 1994-2003, he is the author of critically-acclaimed biographies of D. H. Lawrence, T. S. Eliot and Robert Schumann. 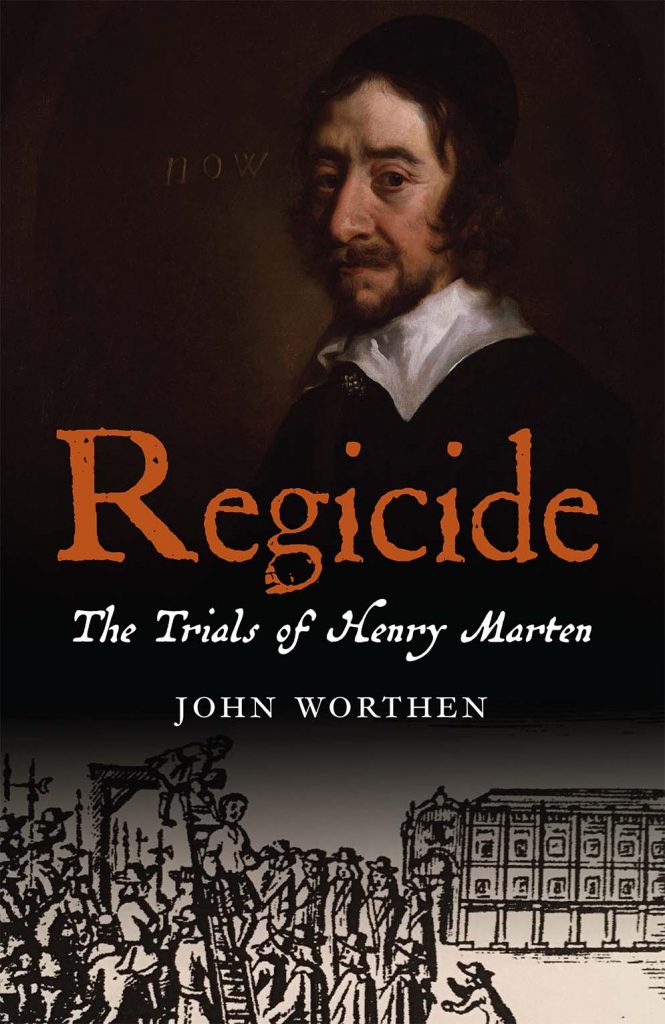