‘An enjoyable read: [David Owen] is writing as someone who has penetrated the steely veneer and experienced the turbulent soul of the real Russia …’
Perspective Magazine

‘A personal essay on episodes in two centuries of Euro-Atlantic history, enlivened by frequent digressions and excursions into contemporary affairs.’
InsideOut Magazine

‘Any book on Anglo-Russian relations by our finest living foreign secretary would be interesting enough, but one written with verve and insight by so fine an historian as Lord Owen marks a major publishing event. As well as understanding the distant past, Owen weaves in the near-past – such as his own protest against the Soviet invasion of Hungary of 1956 – and takes us up to the present day with the noble heroism of Alexei Navalny. Thoughtfulness, learning and sound judgement infuse every page.’
Andrew Roberts, author of Churchill: Walking with Destiny

‘All my adult life, it seems, I have been learning from David Owen. His new book is the latest example, allying his striking qualities of independence of mind and originality with his solid body of knowledge.’
Daniel Finkelstein

Britain’s relationship with Russia is surprisingly under-explored. When the two formed a pragmatic alliance and fought together at Navarino in 1827, it was overwhelmingly the work of the British prime minister, George Canning. His death brought about a volte-face that would see the countries fighting on opposite sides in the Crimean War and jostling for power during the Great Game.

It was not until the 1917 revolution that another statesman had a defining impact on relations between Britain and Russia: Winston Churchill opposed Bolshevism, yet he never stopped advocating diplomatic and military engagement with Russia. In the Second World War, he recognised earlier than most the necessity of allying with the Soviets against the menace of Nazi Germany – as well as the post-war threat to freedom posed by the Soviets themselves.

Bringing us into the twenty-first century, Owen chronicles how both countries have responded to their geopolitical decline. Drawing on both imperial and Soviet history, he explains the unique nature of Putin’s autocracy and addresses Britain’s return to ‘blue water’ diplomacy.

With Owen’s characteristic insight and expertise, Riddle, Mystery, and Enigma depicts a relationship governed by principle as often as by suspicion, expediency, and outright necessity.

DAVID OWEN served as Foreign Secretary under James Callaghan from 1977 until 1979, and later co-founded and went on to lead the Social Democratic Party (SDP). He is the author of books including The Hidden Perspective (2014) and Cabinet’s Finest Hour (2016).

David wrote an article for the House Magazine, read here. 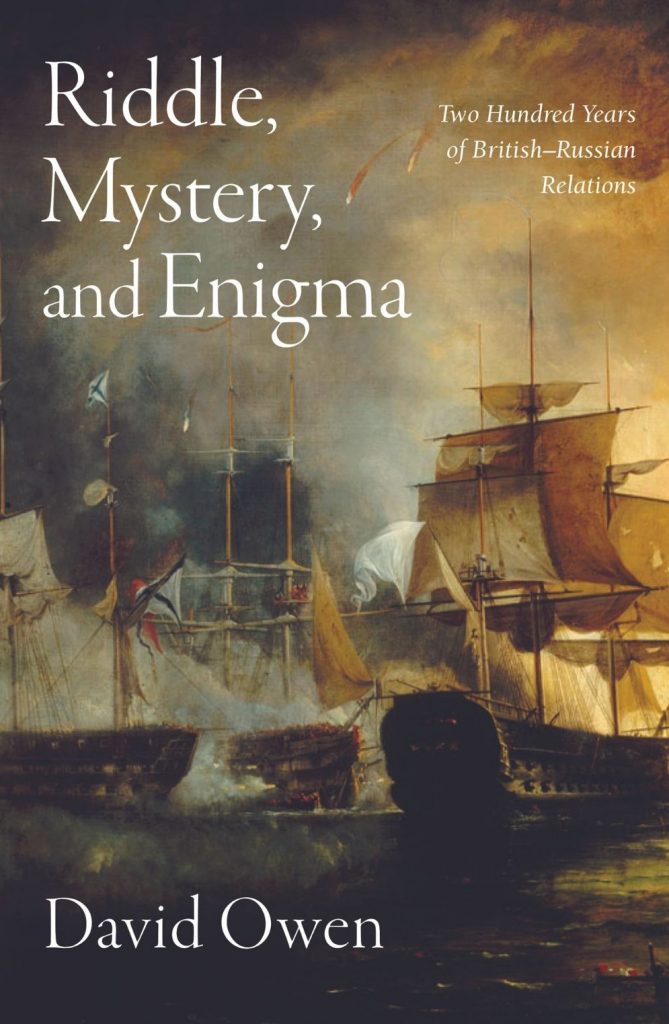