‘Brown’s concise, fact-filled meditation on The London Problem seeks to dispel some of the myths that motivate this antipathy’
Times Literary Supplement

‘A very useful collection of facts and arguments’
IanVisits

‘As post-covid London faces a suddenly uncertain future, we can welcome a sensible and refreshing balancing of its weaknesses and strengths. This book’s message is clear, that Britain is about to need London’s strengths more than ever.’
Simon Jenkins

‘Essential reading for all who have the interests of not just London but the UK as a whole at heart.’
Jerry White, Emeritus Professor of London History, Birkbeck

The United Kingdom has never had an easy relationship with its capital. Far and away the wealthiest and most populous city in the country, London is the political, financial and cultural centre of the UK and it is responsible for almost a quarter of its economic output. Yet the city’s insatiable growth and perceived political dominance have caused national leaders grave concern for hundreds of years. This ‘London as problem’ perception has only increased as the city has become busier, dirtier and ever more powerful. The recent resurgence in anti-London sentiment and plans to rebalance power away from the capital should not be a surprise in a nation still feeling the effects of austerity. But will it be different this time? Will HS2 or the plan to move the House of Lords to northern England really redistribute power and wealth?

Published on the eve of the delayed mayoral elections and in the wake of the greatest financial downturn in generations, The London Problem asks whether the capital’s relentless growth and stranglehold on commerce and culture will ever leave room for other regions to compete.

JACK BROWN is London Partnerships Director and Lecturer in London Studies at King’s College London. From 2016–17, he was the first-ever Researcher in Residence at No. 10 Downing Street. Brown is the author of No. 10: The Geography of Power at Downing Street (2019) and London’s Mayor at 20: Governing a Global City in the 21st Century.

Jack Brown was interviewed by Andrew Marr on BBC Radio 4’s Start the Week. You can listen to the full episode here. 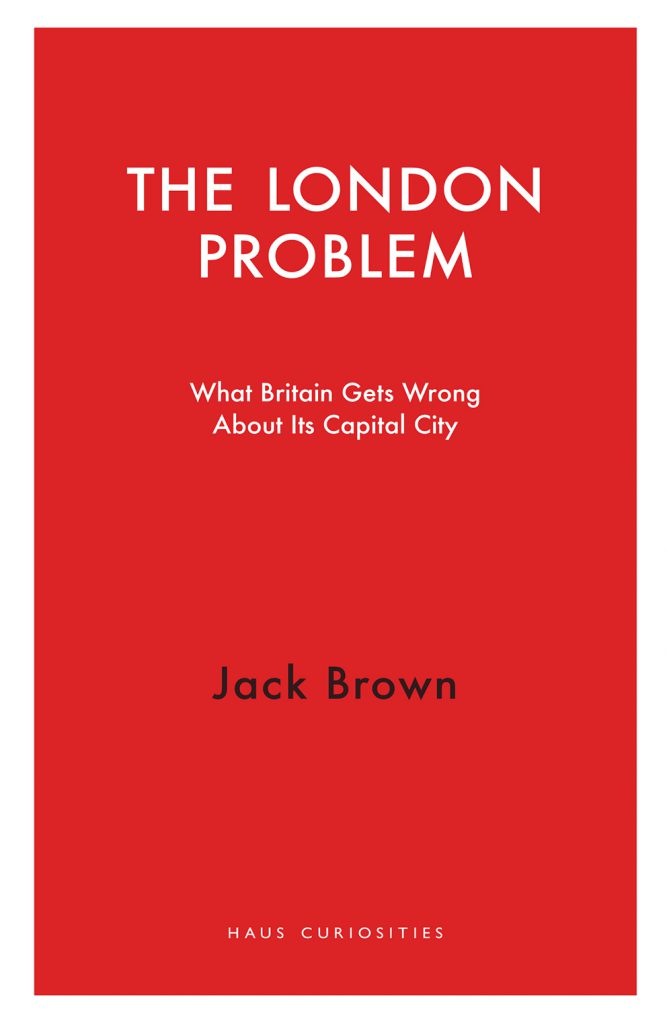