The Prisoner of Kathmandu

‘Charles Allen does not gloss over his subject’s shortcomings: his umbrage, his tendency to fluster and splutter under fire, his intellectual confusions. But The Prisoner of Kathmandu conveys magnificently Brian Hodgson’s goodness of heart, his inexhaustible curiosity and his dedication to the people he lived among for the part of his life that meant everything to him.’
Spectator

‘[Allen] knows his subject and has so much to say that it’s easy to overlook how well he says it. An indulgent eye and a fluent pen make for a delightful narrative that never overstates its case.’
Literary Review

‘This well-researched new biography provides another fine and fluent narrative that brings to life a pioneering figure who made the most of unique and challenging circumstances.’
Asian Review of Books

‘Nearly 150 years after his death, Hodgson finally gets the treatment his extraordinary achievements deserve. The wait has been worth it. Only Charles Allen could have produced such a beautifully judged and exhaustively researched account of the prickly genius who pioneered Himalayan studies.’
John Keay, author of India Discovered and India: A History

‘Only someone with a real empathy for Nepal could have done justice to this polymath Orientalist and his time in Kathmandu: the delightful raconteur historian Charles Allen, who introduced us to Ashoka, Kipling and the Sakyamuni Buddha.’
Kanak Mani Dixit, founding editor of Himal Southasian

Posted to Kathmandu in 1820 as a junior political officer, Brian Hodgson found himself isolated and trapped in a fiercely xenophobic mountain kingdom that seemed bent on making war on the all-powerful British East India Company. For twenty-three years Hodgson struggled to keep the two sides apart. His legacy survives in the lasting peace and friendship between Britain and Nepal.

At the heart of this biography is the Orientalist movement driven by the European Enlightenment, which inspired Hodgson and others to devote themselves to the exploration of Asian culture, leading Hodgson to study Tibetan and Nepalese Buddhism, and much else besides. Hodgson became a forgotten man in his own lifetime but this biography re-establishes his importance as a pioneering natural historian and ethnologist, revealing a tortured individual who turned adversity to his advantage as the prisoner who learned to love his jail.

CHARLES ALLEN was born in Cawnpore in the last years of the British Raj. His family’s association with India dates back to the battle of Seringapatam in 1799. His great-grandfather brought the young Rudyard Kipling out to work on his newspaper, the Civil Military Gazette. Mr Allen is a traveller, writer and broadcaster, specialising in India and the Far East.

Also by this author, The Buddha and Dr Führer. 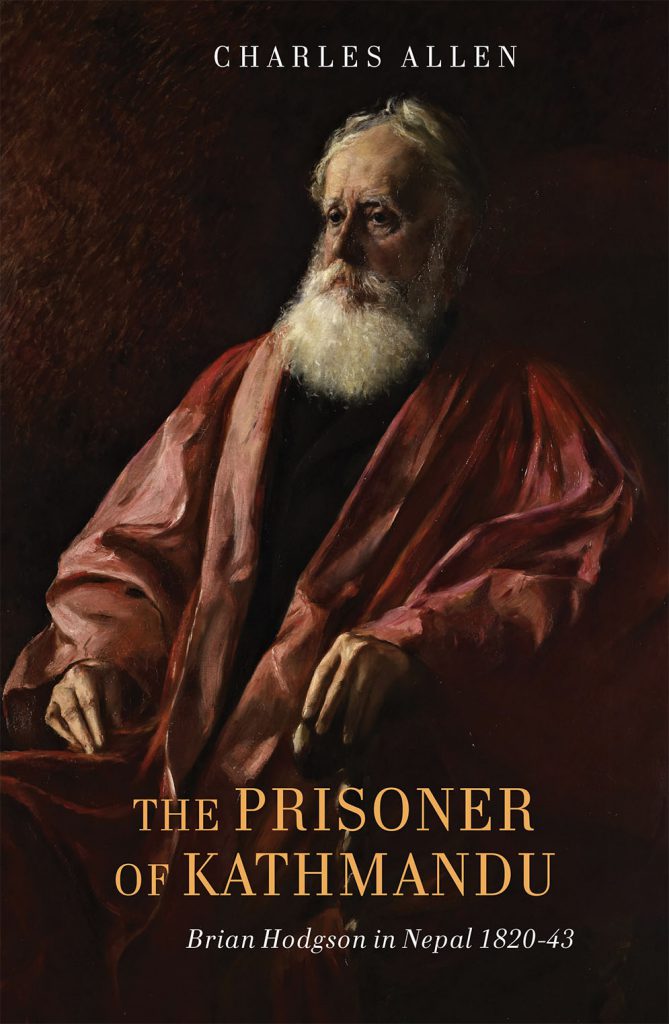