The Serpent Coiled in Naples

‘To write about Naples, you really need to be a poet – or, even better, an antiquarian bookseller. Mr Kociejowski is both and has produced a delightful work that is as eclectic, labyrinthine, ironic and shocking as the city itself.’
The Economist

‘Kociejowski’s words pulse with the beating heart of this extraordinary city. He circumvents stereotypes and truisms and lays bare the true soul of Napoli. The Serpent Coiled in Naples is a must-read for anyone interested in understanding the magic of this extraordinary city. The Serpent Coiled in Naples is more than a travelogue of one of the most confounding, mesmerising cities on the planet. It is a layered, poetic journey full of sights, sounds, and smells. Kociejowski’s book leads us not only to the heart of Naples, but to a greater understanding of our own humanity.’
Katherine Wilson, author of Only in Naples

‘Marius Kociejowski is a near-invisible narrator, so completely caught up in his quest that he walks us through the mundane veil of everyday life to encounter real story-treasure. He does not invent but records our world still aglow with metaphysical beliefs and skull cuts, taking tea with mystics in bedsits and talking to hermit-monks in caravans.’
Barnaby Rogerson, author of In Search of Ancient North Africa

‘At turns hilarious and profound, Marius Kociejowski seeks out the mythology and the reality of Naples, peeling off layer upon layer of human fragility, to discover what the ancients know all along, that the city is a metaphor for the world, its struggles, its complexities, and its contradictions.’
Diana Darke, author of My House in Damascus

In recent years Naples has become, for better or worse, the new ‘destination’ in Italy. While many of its more esoteric features are on display for all to see the stories behind them remain largely hidden.

In Marius Kociejowski’s portrait of this baffling city, the serpent can be many things ― Vesuvius, the mafia-like camorra, the outlying Phlegrean Fields (which, geologically speaking, constitute the second most dangerous area on the planet). It is all these things that have, at one time or another, put paid to the higher aspirations of Neapolitans themselves.

Naples is simultaneously the city of light, sometimes blindingly so, and the city of darkness, although often the stuff of cliché. The boundary that separates death from life is porous in the extreme: the dead inhabit the world of the living and vice versa. The Serpent Coiled in Naples is a travelogue, a meditation on mortality, and much else besides.

MARIUS KOCIEJOWSKI is a poet, essayist and travel writer. Among the books he has written are The Street Philosopher and the Holy Fool: A Syrian Journey (Eland, 2016) and a sequel, The Pigeon Wars of Damascus. He lives in London, England where, until recently, he worked as an antiquarian bookseller. 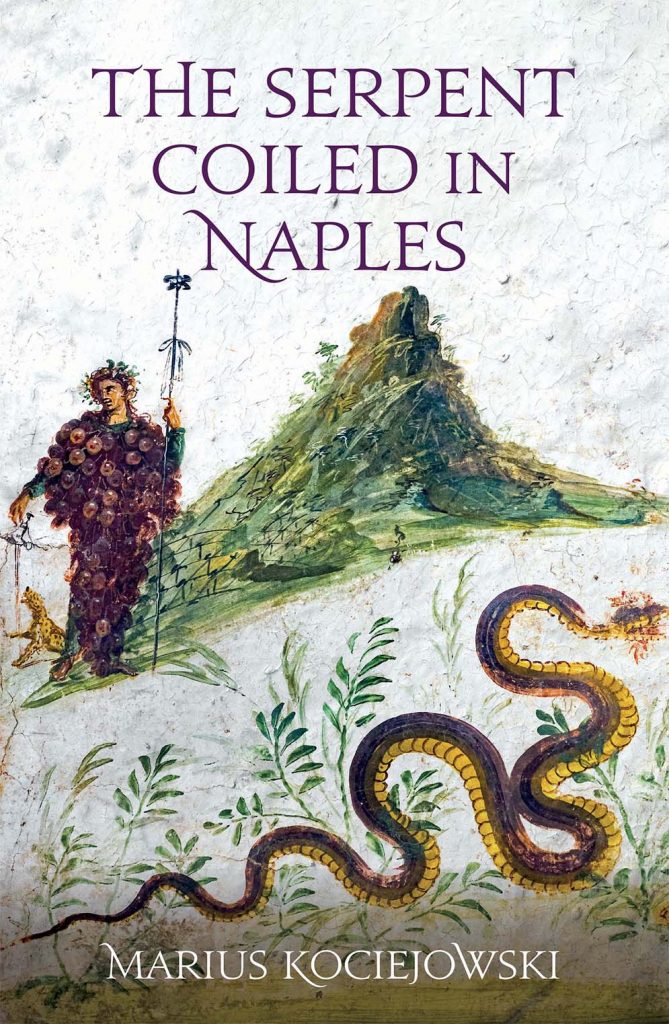