The Worm in the Apple

‘Christopher Tugendhat, in this level-headed account, is right to conclude that the history of the Conservative party in the past 60 or 70 years has been deeply affected by the biography of movement for the European Union.’
Spectator

‘This is a remarkable book. Elegantly written, it offers a masterclass in how to disagree agreeably.’
House Magazine

‘This is a fine history book that goes a long way to answering the question of why Britain voted Leave.’
Perspective Magazine

‘The switch of Conservative Party opinion on Europe was of profound and enduring significance to the UK and the EU. At the heart of this absorbing narrative of how and why it happened is a superb insider’s account of a critical moment in the story and one of the great might-have-beens of British history if Margaret Thatcher had been treated differently by the big figures in Europe after 1979.’
Peter Hennessy

‘Britain has ‘left’ and re-joined Europe a dozen times over the past two thousand years. The latest round has been among the bitterest. Tugendhat’s survey is a masterful injection of sanity into this timeless argument.’
Simon Jenkins

‘50 years ago Parliament passed the bill that took us into the EEC. Christopher Tugendhat, a strong supporter of European unity, has written a fascinating and remarkably detached account of how Britain came to reverse that decision. His analysis of the political mistakes that made this outcome increasingly probable, beginning with the government’s failure at the outset to be frank about the implications of membership, go to the heart of the matter.’
Norman Lamont

‘Europe has been a poisoned chalice for the Conservatives. Six of the last seven Conservative Prime Ministers have been ruined by it. Few could be better qualified to explain the reasons why than Christopher Tugendhat. The Worm in the Apple is a contribution to understanding of the first importance. It will fascinate everyone who enjoys the world of politics.’
Vernon Bogdanor

‘Tugendhat is at his best when relating parliamentary and council negotiating events in detail … and his book proves a useful …. basic introduction to a central, ongoing theme of British politics.’
Political Quarterly

From Churchill’s decision not to join the European Coal and Steel Community in 1951 to Cameron’s In/Out referendum in 2016, the Conservative Party’s divisions over Europe have been an enduring drama of British politics. They were always there ― sometimes centre stage, at others behind the scenes ― destabilising foreign policy, corroding the body politic, and destroying prime ministers.

With the Conservatives in power for forty-one  of the sixty-five years involved, these divisions contributed to the creation of a deep, grumbling discount with British membership of the EU ― the worm i the apple ― that over time culminated in the nation’s decision to vote in favour of leaving. Christopher Tugendhat’s history of the drama is essential to understanding how it was that the party that took Britian into Europe under Heath became the party that led the way out in the referendum.

CHRISTOPHER TUGENDHAT was a leader writer for the Financial Times before being elected as an MP for the Cities of London and Westminster. He served as a member of the European Commission for nine years and was later chairman of Chatham House and the Civil Aviation Authority before being appointed to the House of Lords by John Major.

Listen to Christopher talk with Paul Adamson on the Encompass podcast. 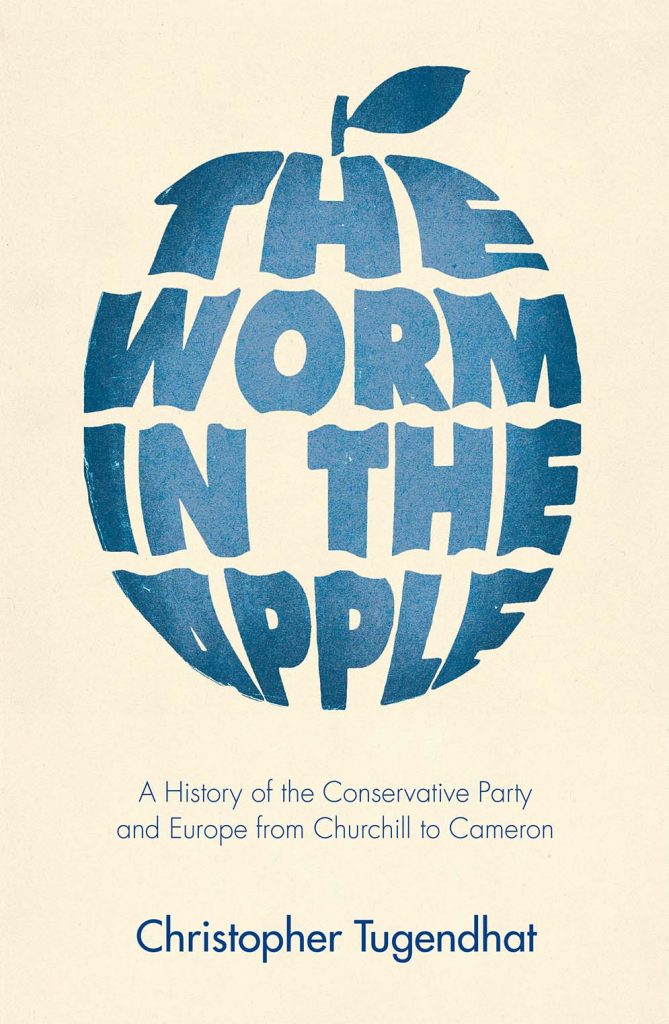