This Place Holds No Fear

‘What marks Held’s novel as an important addition to the large body of historical fiction about the lives of camp survivors is her exploration of Heiner’s psychological need to embrace his Auschwitz experiences rather than struggling to repress or overcome them.’
Three Percent Review

‘There are few things I admire more than beautiful writing, particularly in the service of such an engrossing story … One moment above all stands out for me, in what is a novelistic equivalent of a beautiful aria, namely Lena’s mini-oration on the word “just”’
Lynn Sipe, Curator, Holocaust and Genocide Studies Collection, Doheny Library, USC

‘… powerful, emotionally wrenching, and beautifully written… a moving, empathetic novel that captures the myriad ways in which survivors try to piece themselves together and go on living. This is a masterful book that I recommend to everyone.’
Bookishly Witty

‘Beautifully written and wholly immersive’
A Week in Auschwitz blog

‘This Place Holds No Fear is a poignant, pertinent reminder, of what can happen to society when all the wrong people come into power’
David Marx:Book Reviews

‘The novel is based on a true story… so it feels incredibly authentic. It’s certainly powerful and compelling.’
Reading Matters blog

Summoned from Vienna to Frankfurt to testify at the Auschwitz trials, Heiner meets Lena, who is working at the court as a translator. As the trial progresses, Heiner bears witness to his experiences of being deported to Auschwitz as a young man. He and Lena begin a cautious love affair, but both are unsure whether their love can be strong enough to cope with his trauma. Heiner knows that if they are going to stay together Lena will have to accept the shadow of Auschwitz that marks him. When she does, they start to build a new life around the debris of his past.

In clear, unobtrusive prose inspired by interviews Monika Held did with Auschwitz survivors, This Place Holds No Fear paints an emotive picture of life and love governed by trauma. Heiner’s suffering is omnipresent, and Lena’s struggle to hold her own in an imbalanced relationship dominated by his past is deeply moving. His stories are horrific and disturbing, but he cannot survive without them. Slowly, as the years pass, they’re able to a find freedom and a sense of peace they have not known before.

MONIKA HELD was born and grew up in postwar Hamburg. As a freelance journalist, her career has taken her all over the world. She has been awarded many prizes for her journalism and her political commitment, including Solidarnosc’s Medal Wdzięczności, the Elisabet Selbert Prize and the German Social Prize. She lives in Frankfurt am Main, Germany. 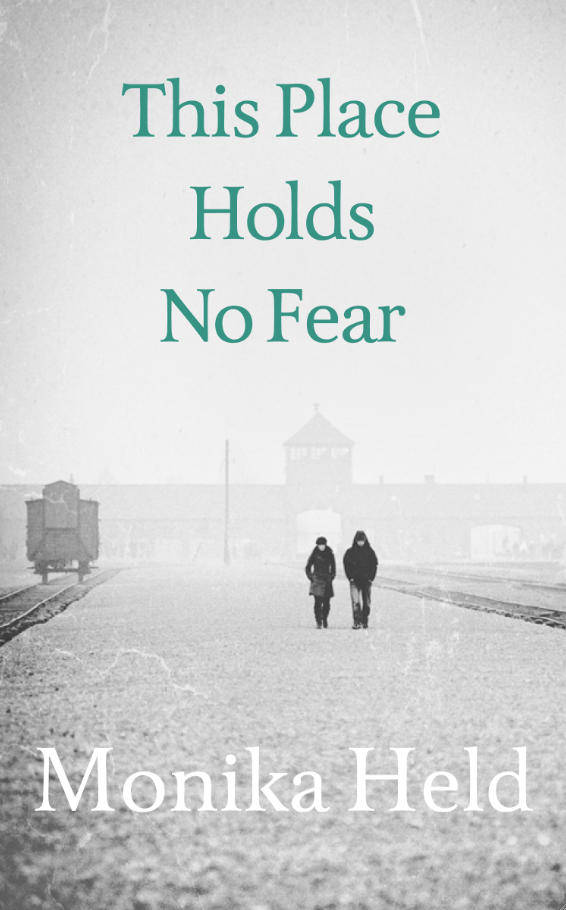