‘Required reading for anyone who wants to understand how the world has got where it is … [Sharp] is a notable authority on the international relations of the period.’
Spectator

‘Alan Sharp is one of the leading historians of the peace settlement and this excellent and wide-ranging book … argues for a more balanced appreciation of the treaties and their legacy.’
History Review

‘Sharp advocates a timely reassessment of the Paris peace … he does an excellent job of placing them within a much wider context than they normally inhabit: one reaching right up to the present day. Drawing on recent scholarship, Sharp’s analysis is concise, perceptive and engaging … [and] provides an excellent overview of a complex and wide-ranging topic.’
Roger Moorhouse, BBC History Magazine

‘For non-experts, the main value of the book will probably reside in its wide re-examination of the lasting consequences and aftershocks of the defining peace treaty of the twentieth century … For the expert, it is the fair, succinct, and balanced analysis of peacemaking in Paris 1919 for which the book is likely to be remembered.’
Diplomacy and Statecraft Journal

The Versailles Settlement suffers a poor reputation, with the stubbornness of the peacemakers blamed for subsequent conflicts, not least the war that ravaged Europe only a generation later.

The formation of the League of Nations and Wilson’s emphasis on national self-determination – a principle whose application caused huge problems of both morality and practicality in the inter-ethnic kaleidoscope of Eastern and Central Europe – raised expectations amongst colonial peoples that remained unfulfilled. Despite its failure to secure a sustainable role for Germany in Europe, and the redrawing of borders across the Middle East whose ramifications last to this day, the settlement’s important contributions to international law, minority protection and global disarmament were significant and are often overlooked.

In this trenchant reassessment, and by setting the peace treaties of 1919-1923 in the their longer-term context, Alan Sharp argues that Versailles must be seen as part of a process in which the responsibility for the settlement’s perceived failings, not least Europe’s continuing interwar instability, must be shared more widely than among the peacemakers themselves.

ALAN SHARP was Professor of International Studies at the University of Ulster, from which he retired as Provost of the Coleraine campus in 2009. He is the author of The Versailles Settlement: Peacemaking after the First World War, 1919-1923 (1991) and was general editor of the Makers of the Modern World series. 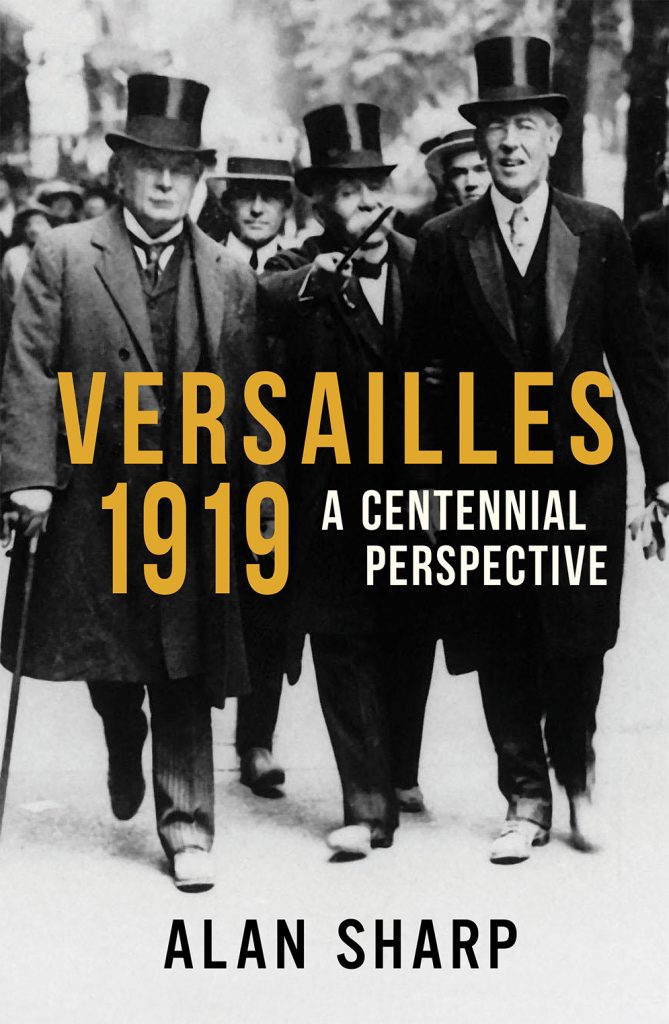