IN SEARCH OF EDEN
The Course of an Obsession

In the summer of 1977 James Weir came upon a walled garden in the south-east of Turkey that seemed to speak to him of something deep in out collective memory. Circumstance took the author to the Persian Gulf, to Ethiopia and Africa’s great Rift Valley, to Iran, Yemen and Bahrain, and ultimately back to Turkey and though his journeyings were never a conscious search for Eden, that is what in retrospect they seem, a life-long fascination with the loss of Paradise and dreams of return. Follow him in his tour de force through literature, science, theology and archaeology, and meet on the way the real Adam and Eve.

JAMES WEIR is the occasional writing name of a former academic, journalist and broadcaster. He currently lives with his wife and son in the West of Scotland, not Paradise, but as close as it gets. 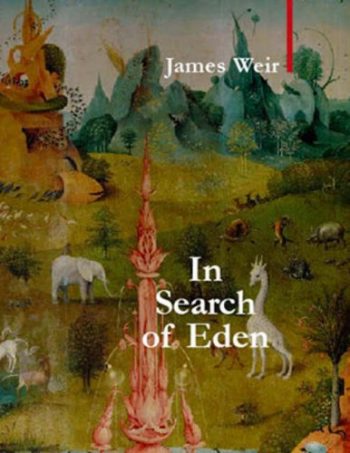