by Emma Crewe and Andrew Walker

‘Although this happened quite some time ago, there is value in exploring these specific events in detail, and until Crewe and Walker’s book, this had not happened. There is still more to be said on the 2009 expenses scandal, but this book is an important brick in the wall.’ – The Constitution Unit Blog, UCL

‘For many academics and commentators the MPs expenses scandal was little more than the latest instalment in a historical  litany of crises, failures and fiascos in British politics. Emma Crewe and Andrew Walker challenge this perspective in a magisterial and compelling account…’ – Matthew Flinders

‘… enviable insight and access to Members, journalists and officials, the book makes for a fascinating read.’
– Cristina Leston Bandeira

‘Written in an accessible and engaging style…’– Shirin M Rai, author of Performing Representation: Women Members in the Indian Parliament

‘Anyone looking for a balanced and thoughtful account of how the 2009 expenses crisis came about, and for why it still reverberates, should put themselves in the expert hands of Crewe and Walker.’ – David Natzler, former clerk to the House of Commons

EMMA CREWE is a Research Professor at the Department of Anthropology and Sociology at SOAS. She is the author of Lords of Parliament: Manners, Rituals and Politics (2005), The House of Commons: An Anthropology of MPs at Work (2015) and Commons and Lords: A Short Anthropology of Parliament (2015). ANDREW WALKER was a senior official at the House of Commons for 20 years until 2016. He was Director General of Resources, and was the Board member responsible for the Fees Office until it was abolished in 2010. He now advises parliaments overseas on finance and HR issues. 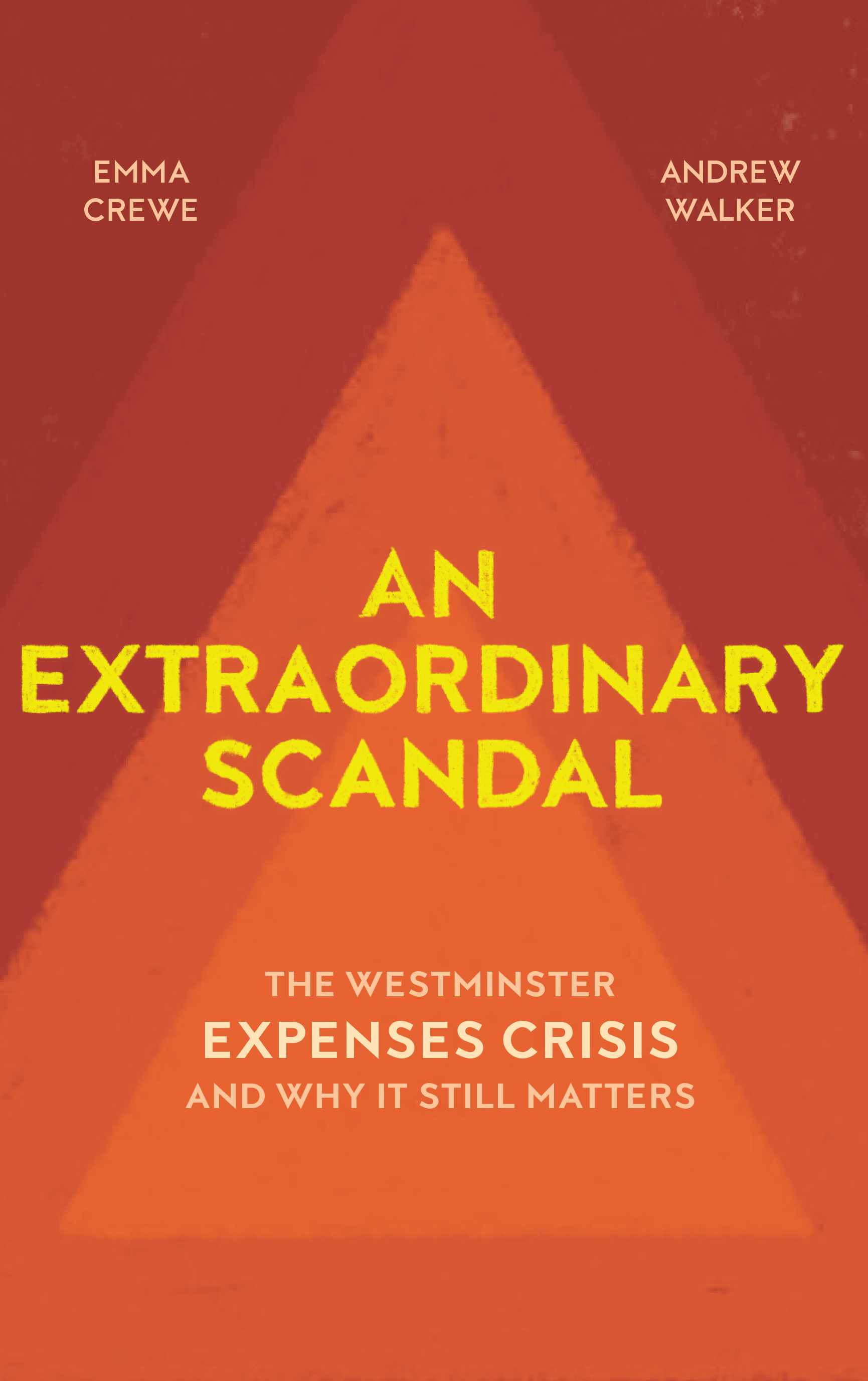