In the Long Run We’re All Dead

‘This is a fascinating, readable, and quirky set of mini-biographies of some leading, and more obscure economists, united in having interesting lives and deaths. [Frank] manages to tell us something new about Keynes, List, Schumpeter and Thunen; and introduces us to the innovative Schmolder, the Nazi economist Stackelberg, the brave Soviet agricultural economist Chayanov and Richard Cantillon whose sophisticated monetary economics dates from three hundred years ago.’
Vince Cable

No one grows up dreaming of becoming an economist. Until the late nineteenth century, economics couldn’t even be studied at university and was the preserve of polymathic figures whose radical curiosity drew them to an evolving discipline that was little understood and often derided. Each of the thirteen chapters of this book tells the story of just such a figure. Each of their extraordinary lives is worthy of fiction, and the manner of their deaths, oddly, often illuminate their work.

In the Long Run We’re All Dead shows us how these great economists developed their theories for which they became famous, even if, tragically, much too late for them to enjoy their fame. And these often-complex ideas – of Utilitarianism, of Social Costs, of the Endowment Effect, to name just a few – are explained here with reference to the lives of their creators in a style that is engaging, irreverent, and comic. Though what Frank tells us about these lives is true, this is also a book of imaginative speculation that considers how economists’ principles might be applied to problems of today and of the future.

‘In the long run’, said John Maynard Keynes, we are all dead’. A blandly straightforward statement but one, when uttered by perhaps the greatest economist of the twentieth century, intriguingly gnomic too. Keynes is but one of the eccentrics, radical, unconventional, and often revolutionary thinkers whose lives Björn Frank entertainingly recounts.

BJÖRN FRANK is Professor of Economics at the University of Kassel, Germany. His recent publications include the ‘economic thriller’, Money Clotting, published in 2017.

JAMIE BULLOCH is a historian and has worked as a professional translator from German since 2001. His works include translations of Paulus Hochgatterer and Alissa Walser. 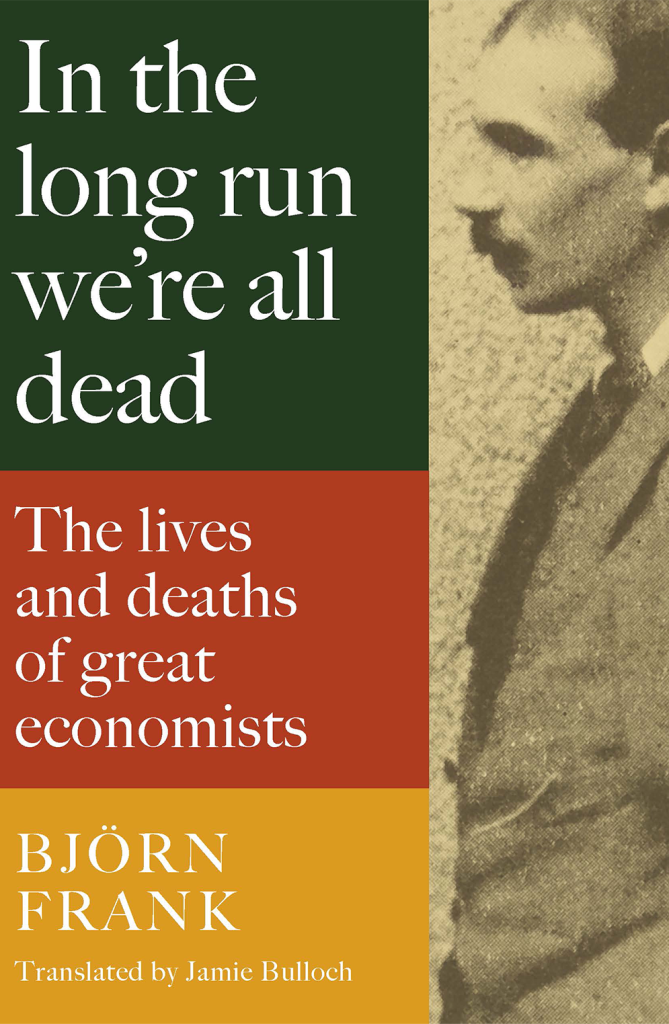