‘A timely, compelling and extremely important contribution to the most pressing political debate…’
Gavin Esler, author of How Britain Ends: English Nationalism and the Rebirth of Four Nations

‘This book makes a valuable contribution to the constitutional debate. Unlike many others, it does not pull its punches. It recognises the urgency and seriousness of the situation, and is willing to countenance quite far-reaching changes in order to avoid constitutional calamity.’
Dr W. Elliot Bulmer, University of Dundee

Not since Ireland broke away from the United Kingdom a century ago has the British state been so fragile. Northern Ireland now operates under trading rules that are legally separate from the rest of the nation. In Wales, support for independence is running at a historical high. Above all, Scotland is more conscious than ever of its individual identity and has aspirations for a European future.

With public trust and confidence in government at record lows, the UK faces a crisis that can only be repaired by a new constitutional settlement. Unwritten Rule calls for a radical realignment, embracing a federal approach that would accommodate devolution as the best way of bringing about a successful and diverse national life, increasing democratic control over local and national decision-making, and modernising our national political structures. It will be an arduous journey, but wide-ranging reform is vital if we are to ensure that the United Kingdom not only survives into the coming decades but thrives.

STEPHEN GREEN was the Chairman of HSBC between 2006-2010 and later Minister of State for Trade and Investment in the Coalition Government from 2011 to 2013. He is a member of the House of Lords.

SIR THOMAS LEGG was a career civil servant for 36 years in the Lord Chancellor’s Department (now the Ministry of Justice), and served as Permanent Secretary and Clerk of the Crown in Chancery under three Prime Ministers.

SIR MARTIN DONNELLY was a senior civil servant for 25 years, working in the Treasury, Cabinet Office and Foreign Office. He served as Permanent Secretary of the Department for Business and Department of International Trade, retiring in 2017. 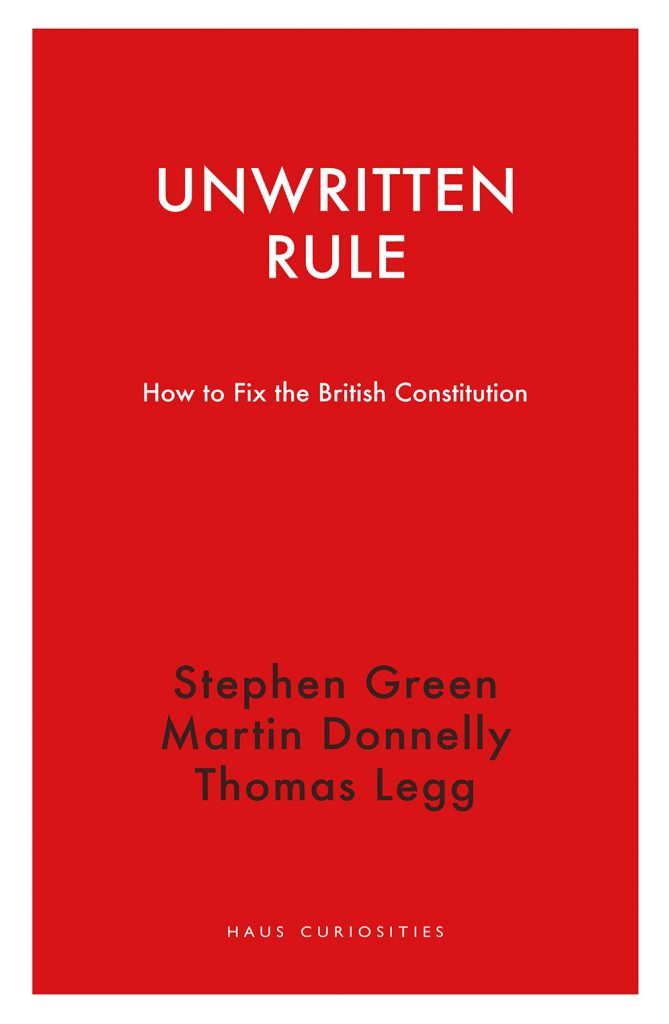