‘this highly readable and well-informed account of DH Lawrence in Italy… This book usefully fills out our knowledge of one of the twentieth century’s great writers and adds to our sense of how potent the appeal of Italy has always been to the British imagination.’
David Ellis, author of Death and Author: How D.H. Lawrence Died, and was Remembered.

‘Owen agrees with Anthony Burgess and Aldous Huxley that Lawrence served English literature and himself all the better for staying away from England. Gracefully, he portrays the Riviera and warmth of Italian society in which Lawrence was slowly resurrected and enabled to write.’
The Times

‘The former Rome correspondent of The Times reconstructs the drama leading to the creation of one of history’s most controversial novels and exploresDH Lawrence’s passion for all things Italian.’
Sunday Telegraph

‘Beautifully produced… This is a story of friendships and a valuable portrait of a great writer at work.’
Country Life

November 1925: in search of health and sun, DH Lawrence arrives on the Italian Riviera with his wife, Frieda, and is exhilarated by the view of the sparkling Mediterranean. But over the next six months, Frieda will be attracted to their landlord, a dashing Italian army officer, and Lawrence will write two stories prefiguring Lady Chatterley’s Lover: Sun and The Virgin and the Gipsy, both tales of women drawn to earthy, muscular men.

Drawing for the first time on the unpublished letters and diaries of Rina Secker, the Anglo-Italian wife of Lawrence’s publisher, Richard Owen reconstructs the drama leading up to the creation of one of the most controversial novels of all time and explores DH Lawrence’s passion for all things Italian, tracking his path to the Riviera from Lake Garda to Lerici, Abruzzo, Capri, Sicily and Sardinia.

Also by this author, Hemingway in Italy and Chaucer’s Italy. 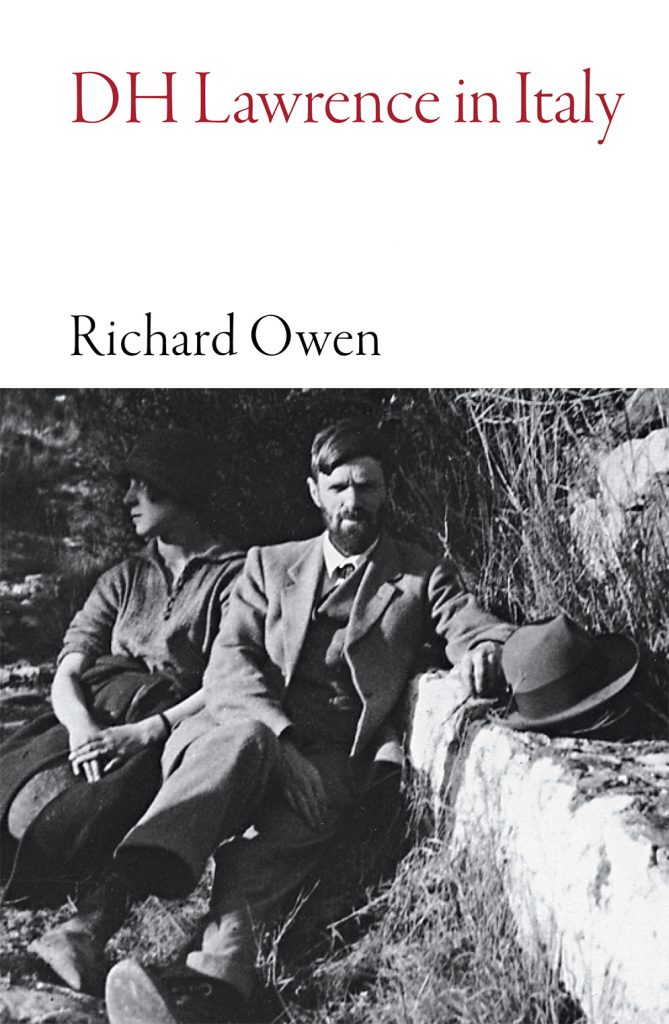