‘For anyone that wants to learn more about this Noble Prize-winning author, this is an informative read. It looks deeper into the life of the writer and goes further than just reiterating that Hemingway loved women and drink. It shows his passion for a country he returned to time and time again and highlights where much of his inspiration comes from. If you were a Hemingway fan planning a trip to Italy this book should be added to your research pile, although it will also mean you will have travel plans extended.’
Travelling Book Junkie

Hemingway is most often associated with Spain, Cuba, Florida, but Italy was equally important in his life and work. This book tells how, throughout his life, Hemingway visited Sicily, Genoa, Rapallo, Cortina in the Italian Alps, but most of all loved Venice and the Veneto. He first visited during the First World War (the background to A Farewell to Arms) and later after the Second World War (Across the River and Into the Trees). When Men Without Women was published, some reviewers said he was fundamentally a reporter preoccupied with bull fighters, bruisers, touts, gunmen, soldiers, prostitutes, hard drinkers and dope fiends, but he also wrote sensitively and passionately about loss and love against an Italian backdrop. He returned to the country again and again, the landscape and people he met inspiring most of his famous work.

The fifteenth century Ca’ Erizzo at Bassano del Grappa, where the American Cross Ambulances were based, is now a museum devoted to Hemingway and the First World War. In Hemingway in Italy Richard Owens shows how Italy belongs alongside Spain as a key influence on Hemingway’s writing, and why the Italians themselves took Hemingway and his writing to heart.

Also by this author published by Haus, DH Lawrence in Italy. 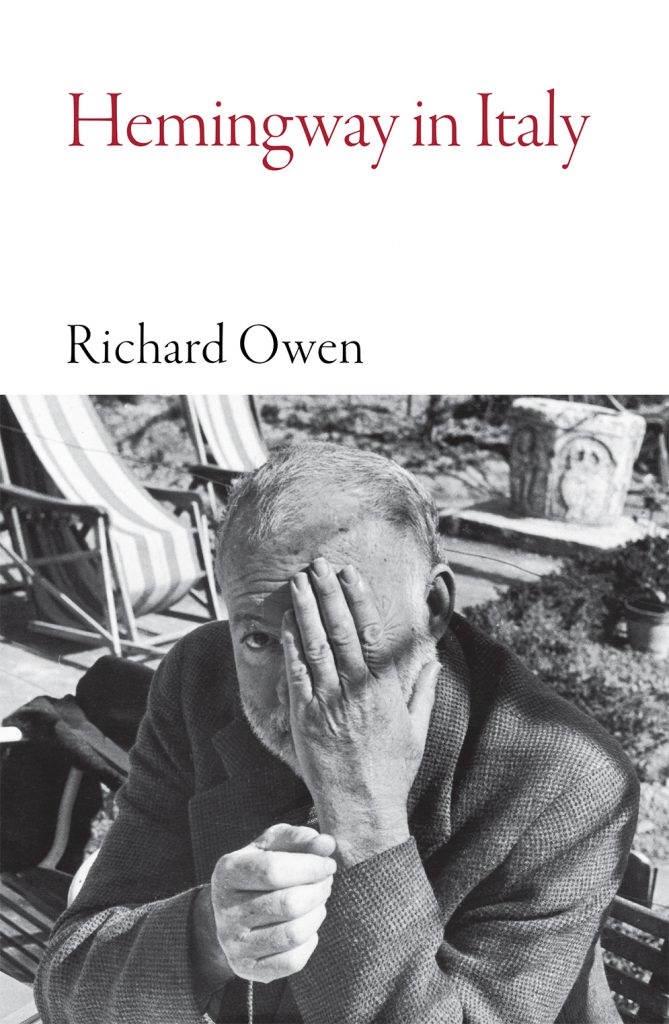