A History of the Silk Road

The Silk Road is a route from the edges of the European world to the central plains of China. For thousands of years, its history has been a traveller’s history, of brief encounters in desert towns, snowbound passes and nameless forts. It was the conduit that first brought Buddhism, Christianity and Islam into China, and the site of much of the ‘Great Game’ between Victorian empires. Jonathan Clements guides the reader through the trackless wastes of the Taklamakan Desert, its black whirlwinds and dead lakes, its shimmering mirages, lost cities and mysterious mummies, but also its iconic statues and memorable modern pop songs. He explains the truth behind odd tales of horses that sweat blood, defaced statues and missing frescoes, and Marco Polo’s stories of black gold that seeps from the earth. 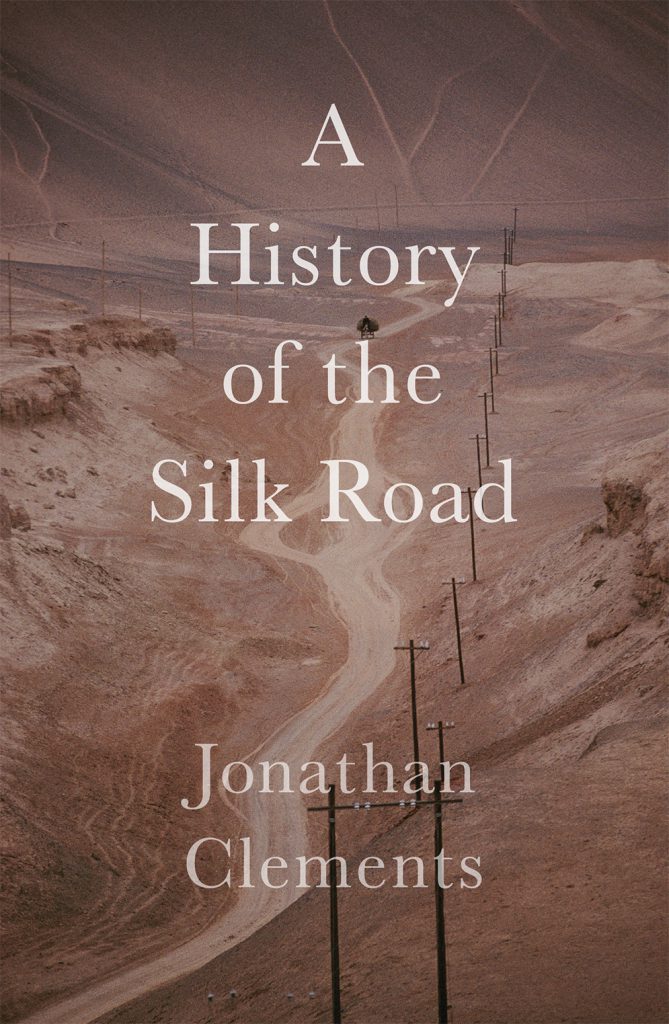