Togo Heihachiro (1848-1934) was born into a feudal society that had lived in seclusion for 250 years. As a teenage samurai, he witnessed the destruction wrought upon his native land by British warships. As the legendary Silent Admiral, he was at the forefront of innovations in warfare, pioneering the Japanese use of modern gunnery and wireless communication. He is best known as the Nelson of the East for his resounding victory over the Tsar’s navy in the Russo-Japanese War, but he also lived a remarkable life studying at a British maritime college, witnessing the Sino-French War, the Hawaiian Revolution, and the Boxer Uprising. After his retirement, he was appointed to oversee the education of the Emperor, Hirohito. This new biography spans Japan’s sudden, violent leap out of its self-imposed isolation and into the 20th century. Delving beyond Togo’s finest hour at the Battle of Tsushima, it portrays the life of a diffident Japanese sailor in Victorian Britain, his reluctant celebrity in America where he was laid low by Boston cooking and welcomed by his biggest fan, Theodore Roosevelt, forgotten wars over the short-lived Republics of Ezo and Formosa, and the accumulation of peacetime experience that forged a wartime hero. 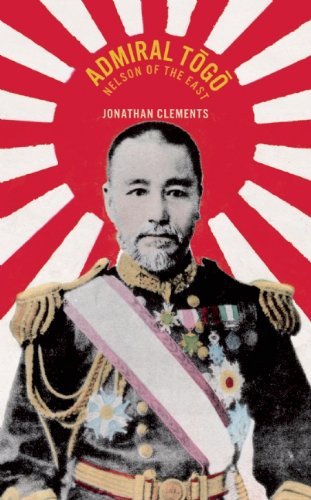